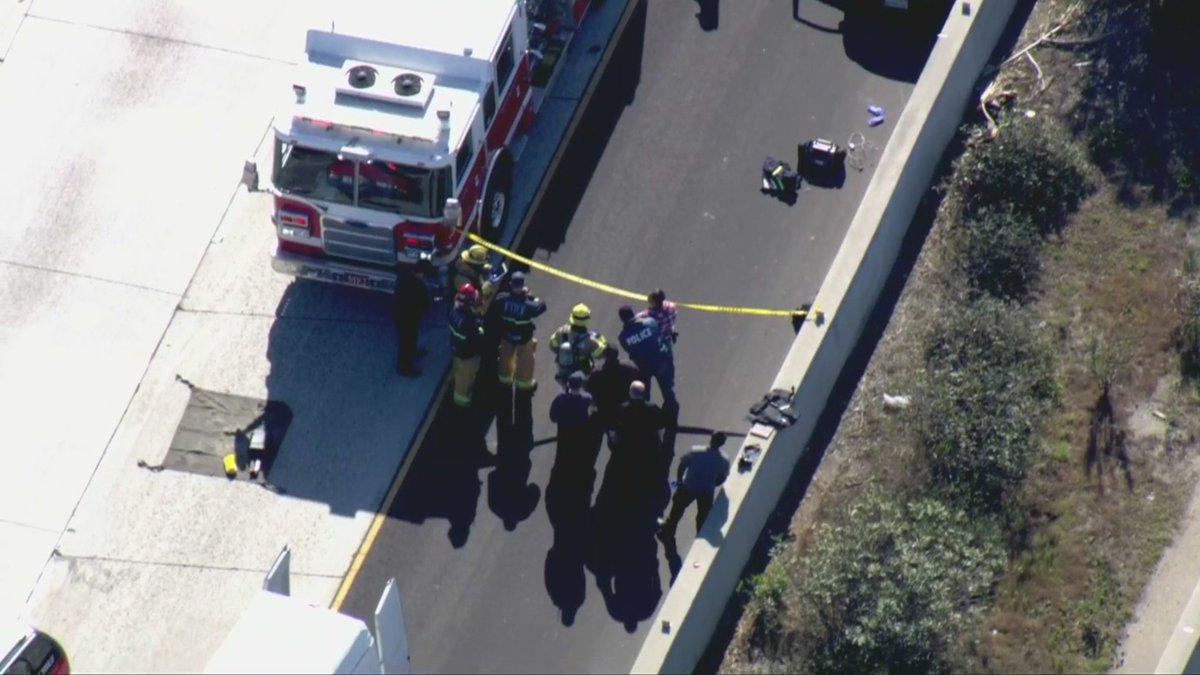 VENTURA. Calif. -- A suspected rapist who was involved in a car chase with California police Wednesday morning fatally poisoned himself while behind the wheel, reports CBS Los Angeles.

The incident started around 7:30 a.m. Wednesday when the California Highway Patrol in Ventura got a call from an undercover LAPD unit, telling them to be on the lookout for a suspected rapist they were investigating, reported CBS LA's Jasmine Viel via Facebook Live. The LAPD gave the highway patrol a description of the suspect's car, and about five minutes later, he was spotted driving near Oxnard, Viel reports.

Officers followed the 35-year-old suspect, of Camarillo, for about six miles in a slow-speed chase, trying to get him to pull over, Viel reports. Police say they saw the suspect drink something out of a can and slump over the wheel before the car came to a stop on the center divide of the 101 Highway near Seward Avenue in Ventura, and officers surrounded the vehicle.

The California Highway Patrol told Viel they found that the suspect had fatally poisoned himself. It wasn't clear what kind of substance he ingested and details of the rape case in which he was being sought weren't immediately available.

No shots were fired during the incident, Viel reports. Several lanes of the 101 highway remained closed Wednesday morning.