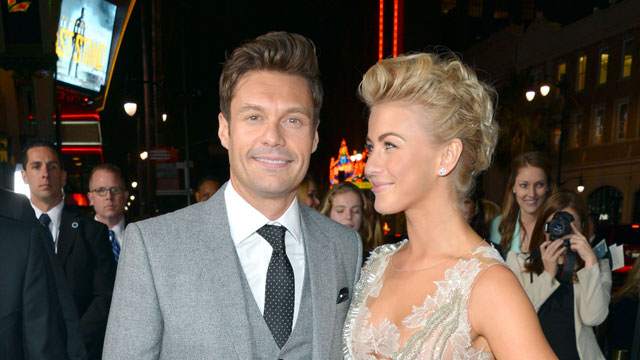 Have Julianne Hough and Ryan Seacrest called it quits?

Sources close to the two confirm to People that, due to their hectic schedules, the power couple has decided to go their separate ways, but remain close friends.

Hough, 24, and Seacrest, 38, were first spotted together in 2007, but only recently went public with their romance.

Just a few months ago, Hough gushed to ET about her other half on the set of the film "Safe Haven" and showed no signs the two were headed towards a split.

"Ryan is the most romantic person I've ever met," she praised. "[He's] very thoughtful and very generous...Things that you wouldn't think a guy would even pick up on he's already done five steps ago."