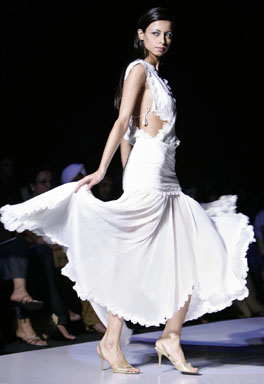 The survey, conducted by the Managed Healthcare Market Report, predicts a dramatic rise in HMO premiums next year – an average of 15 percent across the country. In some regions, the forecast is even more dire: increases of 20 percent in Colorado; 25 percent in New Jersey; and as much as 45 percent in Miami.

The healthcare industry placed the blame on prescription drug costs, higher payments to doctors and litigation for the increases – and then warned consumers that if Congress passes the Senate version of the patients' bill of rights, with its generous provisions to sue for damages, already sky-high premiums could go through the roof.

"If you're a working family worried about paying the high cost of health care, you're going to be left holding the bag basically, because you are going to finance the profligate ways of trial lawyers," said Karen Ignani of American Association of Health Plans.

The report adds fire to lobbying efforts to approve the House version of the bill with its lower damage awards and expected smaller impact on premiums. But one of the sponsors of the Senate measure Wednesday argued the difference in cost would be negligible.

"This is just a public relations campaign and an effort for the managed care companies, big HMOs, to avoid responsibility," said Sen. John Edwards, D-N.C. "And they want to have an excuse for charging Americans more."

Meantime, President Bush, who sides with HMOs in support of the House bill, will move Thursday to ease another burden on managed care. He will propose changes in a Clinton-era rule to provide national safeguards for the millions of Medicaid patients in HMOs.

The president would turn responsibility for those safeguards over to individual states.

Patients rights advocates accused the president of a double standard: supporting a patients' bill of rights for privately insured individuals, yet denying many poor people on Medicaid the same protections. The White House said it is simply trying to hold down the cost of healthcare.

The Clinton rule, issued two days before President Bush was sworn in, gave millions of patients new rights in dealing with their HMOs.

The Clinton version was to have taken effect this spring, but it has been delayed twice already. The Bush administration is delaying it another year while it collects and considers public comment on its own version of the regulation, an official at the Department of Health and Human Services said.

Click here for a closer look at the Bush Presidency.
The revised proposals, being disclose Thursday, will give states more control over details of patient protections, the official said. It was unclear whether HHS would set minimum protections for every new right or the department would give states complete flexibility in writing some of the protections into their Medicaid programs.

The protections are similar to those Congress has spent five years debating for Americans in private health plans. They include the right to take complaints to an independent appeals board, the right to reasonable emergency room care and the right of women to see gynecologists without referrals.

Under the Bush administration's regulation, states would have to guarantee rights in these general categories but would have considerable power over details, said the official, who spoke on condition of anonymity.

For instance, under the new rule, states could set time frames for their health plans to review patient complaints, the official said.

States, which administer the health care program for the poor, have moved patients aggressively into cost-saving HMOs, which now serve more than half of Medicaid beneficiaries.

"All Americans — whether they are in Medicare, Medicaid or private health plans — deserve the basic protections that a patients' bill of rights provides," then-HHS Secretary Donna Shalala said.

Normal procedures would have had the rules take effect in 90 days. On his first day in office, however, Mr. Bush put all pending regulations on hold.

The Medicaid rules dodge the most contentious issue in the congressional patients' rights debate: They do not allow lawsuits. But they offer a host of other new rights for patients in managed care.