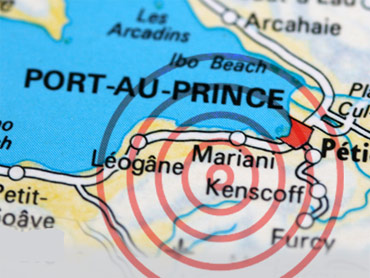 The French Foreign Minister has said the United Nations' mission chief in Haiti was killed by the massive earthquake that struck the nation Tuesday.

Alain Le Roy told reporters that U.N. troops, mostly from Brazil, were surrounding the wreckage of the five-story building trying to rescue people, but "as we speak no one has been rescued from this main headquarters."

"We know there will be casualties but we cannot give figures for the time being," Le Roy said.

Between 200 and 250 people normally work at the peacekeeping headquarters, located on the road from the city to the hillside district of Petionville, but the quake occurred a little after 5 p.m. local time and the U.N. does not know how many were still in the building, deputy peacekeeping chief Edmond Mulet said.

"For the moment, a large number of personnel remain unaccounted for," Le Roy said in an earlier statement.

He told reporters that among the missing is Hedi Annabi, the head of the U.N. mission in Haiti who was in the building at the time of the quake.

Mulet, who was Annabi's predecessor in the Haiti post, said the headquarters building, on the road from the city to the hillside district of Petionville, was constructed of reinforced concrete in the 1960s. It was previously the Christopher Hotel.

Le Roy said other U.N. installations in the impoverished Caribbean nation were also seriously damaged including the headquarters of the U.N. Development Program where many people were wounded.

The U.N. logistical base near the airport and a U.N. hospital run by Argentine troops were damaged but not severely, and the hospital was receiving people hurt in the earthquake, Mulet said.

The U.N. officials said many other buildings in Port-au-Prince were also damaged including the National Cathedral, National Palace, national Parliament building and the Hotel Montana.

Le Roy, the undersecretary-general for peacekeeping, said "contacts with the U.N. on the ground have been severely hampered as communications networks in Haiti have been disabled by the earthquake."

The U.N. Peacekeeping Department is still in the process of gathering information on the extent of the damage and the status of U.N. personnel following the "catastrophic earthquake," he said in the statement.

Susanna Malcorra, the undersecretary-general responsible for staffing and equipping U.N. field-based peace operations, said "all communications to Port-au-Prince are down" and the U.N. has only been able to contact the peacekeeping mission via satellite phones, which are also being used for operational purposes on the ground.

"That's part of the reason why it's hard to have a full picture of the situation, plus the fact that it's night there," she said.

Malcorra told reporters that an assessment will be made early Wednesday morning of whether the airport in Port au Prince is fully operational. If it isn't, relief supplies can be brought into the country from the neighboring Dominican Republic.

Le Roy said the United States, France and Canada are mobilizing assistance to the quake victims and Secretary-General Ban Ki-moon will meet Wednesday morning with top U.N. officials to coordinate the U.N. response.

The secretary-general "is anxiously awaiting further news about missing U.N. staff and about the people of Haiti," the spokesman said.

In a statement earlier, Ban said, "My heart goes out to the people of Haiti after this devastating earthquake. At this time of tragedy, I am very concerned for the people of Haiti and also for the many United Nations staff who serve there. I am receiving initial reports and following developments closely."

Haiti has been besieged by violence for most of this decade, but crime has decreased somewhat thanks to the rebuilding of the country's police force and the U.N. peacekeeping force brought in after a bloody 2004 rebellion.

The commander of the U.N. force is out of the country but the deputy commander is "on the spot" and coordinating rescue efforts at the headquarters building, Le Roy said.