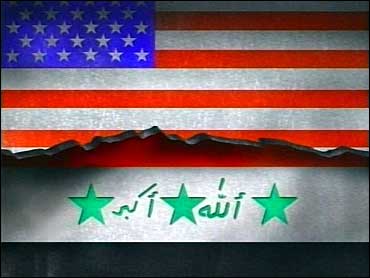 The Bush administration has begun to monitor Iraqis in the United States in an effort to identify potential domestic terrorist threats posed by sympathizers of the Baghdad regime, according to the New York Times Web site, which cites senior government officials.

The previously undisclosed intelligence program involves tracking thousands of Iraqi citizens and Iraqi-Americans with dual citizenship who are attending American universities or working at private corporations, and who might pose a risk in the event of a U.S.-led war against Iraq, officials told the Times.

Some of the targets of the operation are being electronically monitored under the authority of national security warrants. Others are being selected for recruitment as informants, the officials said to the Times.

In the event of an American invasion of Iraq, officials would intensify the program's mission through arrests and detentions of Iraqis or Iraq sympathizers if they are believed to be planning domestic terrorist operations, the Times says.

The government officials who confirmed the outlines of the program to the Times did so in an apparent effort to rebut critics in Congress and elsewhere who have complained in recent days that American intelligence agencies are failing in their war against terror, the newspaper explains.

Senior Democratic senators have said the problems are demonstrated by the government's inability to find Osama bin Laden and to identify specific threats since the Sept. 11 attacks.

The Iraqi domestic intelligence program is an addition to the government's continuing effort since the attacks on the World Trade Center and the Pentagon to identify citizens of Middle Eastern countries who represent a potential threat. Those efforts have also been stepped up as the country prepares for the possibility of war, the Times reports.

Next week, federal authorities plan to begin interviewing Arab-Americans, asking them to report suspicious activity related to Iraq, a senior government official told the newspaper. The interviews will be voluntary, but in the past, such efforts have been criticized by Arab-American groups. The FBI is planning to meet with Arab-American civic leaders to explain the nonclassified aspects of the operation, officials said.

Gordon Johndroe, a spokesman for the White House Office of Homeland Security, declined comment to the Times on the surveillance program, which is classified.

Another part of the new intelligence operation involves a focused effort to assess whether the regime of Saddam Hussein has engaged in any actions, through alliances with Middle Eastern terrorist organizations or efforts to obtain weapons, that could threaten American interests in this country or abroad. The operation is also tracing the movement of money by the Iraqi government, and organizations sympathetic with Iraq, around the world, the Times reports.

The officials said the monitoring operation had not detected any specific threats in the United States or against American interests overseas, according to the newspaper.

A large number of government agencies are part of the new operation, including the Pentagon, the F.B.I., the Central Intelligence Agency, the immigration service, the State Department and the National Security Agency, which eavesdrops on communications around the world, the Times says.

Officials told the Times the operation would also step up monitoring of Iraq's foreign intelligence service, which they believe operates under diplomatic cover from Baghdad's mission at the United Nations.

"This is the largest and most aggressive program like this we've ever had," said one senior government official, who spoke to the Times on condition of anonymity. "We think we know who most of the bad guys are, but we are going to be very proactive here and not take any chances."

Senator Bob Graham, the Florida Democrat who is departing as chairman of the Senate Intelligence Committee, said in a Times interview this week that American intelligence agencies, in particular the F.B.I., had failed to consider the full range of threats that might stem from a war with Iraq.

Graham said that beyond threats from Al Qaeda, American intelligence agencies had not adequately assessed threats posed by other Middle Eastern terror groups that are likely to be inflamed by a war with Iraq, among them Hezbollah, Hamas and Islamic Jihad.

Intelligence analysts said that for years the authorities have tracked the movements of Islamic militant groups in the United States. The groups were subjected to scrutiny because they engaged in fund-raising or criminal activity that brought them into contact with law enforcement agencies, the officials said. In contrast, Qaeda operatives like the 19 hijackers lived quietly and, except for a handful of minor traffic violations, did not break the law, the Times explains.

But Graham said FBI officials, in closed sessions with the committee, had been unable to provide basic information about Islamic militant groups with a presence in the United States.

American officials contend that the Iraqi intelligence service learned a lesson from its failure to engage in anti-American terrorist activities during the first Gulf War. Iraq's efforts were disrupted by the CIA and the FBI, and it was unable to mount any successful terrorist attacks against American interests, the Times points out.

After the Gulf War, Iraq botched an attempt to assassinate former President George Bush on a visit to Kuwait in 1993, prompting President Bill Clinton to order a cruise missile strike at the Iraqi intelligence headquarters building in Baghdad. Since then, according to the C.I.A., there is no evidence that Iraq has engaged in terrorist activity against the United States, the Times says.

The Bush administration has said it has evidence of contacts over the years between Iraqi intelligence and Qaeda operatives, and there have been reports that some Qaeda operatives moved into Iraq after fleeing Afghanistan.

But American intelligence officials say there is no evidence that Iraq has become involved in Qaeda terrorist operations, and the Bush administration has never found hard evidence that Iraq played any role in the Sept. 11 attacks, the newspaper says.

Instead, adds the Times, Iraqi intelligence devotes much of its efforts overseas to tracking and harassing Iraqi dissidents, and seeking secret arms and oil deals for Saddam Hussein's regime.