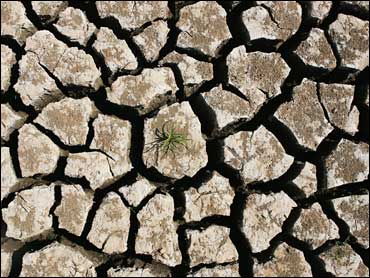 Warming temperatures will cause more drought and higher seas in Australia and New Zealand by 2030 and threaten ecologically rich sites such as the Great Barrier Reef, according to excerpts from a scientific report released Tuesday.

The South Pacific Islands, meanwhile, will be swamped by sea level rises as well as by more frequent cyclones, according to the report from the Intergovernmental Panel on Climate Change, a United Nations network of scientists.

A summary of the full, 1,572-page document written and reviewed by 441 scientists was released Friday. The document, the second of four reports, describes how global warming is changing life on Earth and spells out the consequences by region.

Some 94 million people will face floods, most in coastal areas of India, Pakistan, Sri Lanka, Bangladesh and Myanmar, said R.K. Pachauri, chairman of the IPCC.

Warmer temperatures in coastal waters are expected to exacerbate the abundance and toxicity of cholera in South Asia.

For Australians and New Zealanders, the warming temperatures will be felt mostly through increasingly extreme weather events.

"Heat waves and fires are virtually certain to increase in intensity and frequency," Kevin Hennessy, the coordinating lead author on the chapter for Australia and New Zealand, said in a statement.

The rising temperatures, according the report, also will lead to a loss of a quarter of alpine ice mass in New Zealand, drops in agriculture production in southern and eastern Australia and eastern New Zealand, as well as the spread of tropical diseases such as dengue fever.

Sea level rises in the South Pacific islands "are likely to endure exacerbate inundation, storm surge, erosion, and other coastal hazards, thus threatening vital infrastructure, settlements and facilities that support the livelihood of island communities," according to the report.

Penehuro Lefale, one of the lead authors on the small island chapter, said in a statement that the warming temperatures also will hurt sectors as wide-ranging as tourism, agriculture and fisheries on many island nations.

"Climate change is likely to heavily impact coral reefs, fisheries and other marine-based resources of small islands of the Pacific," he said. "There is likely to be a decline in the total tuna stocks and a migration of these stocks westwards, both of which will lead to changes in the catch in different islands."