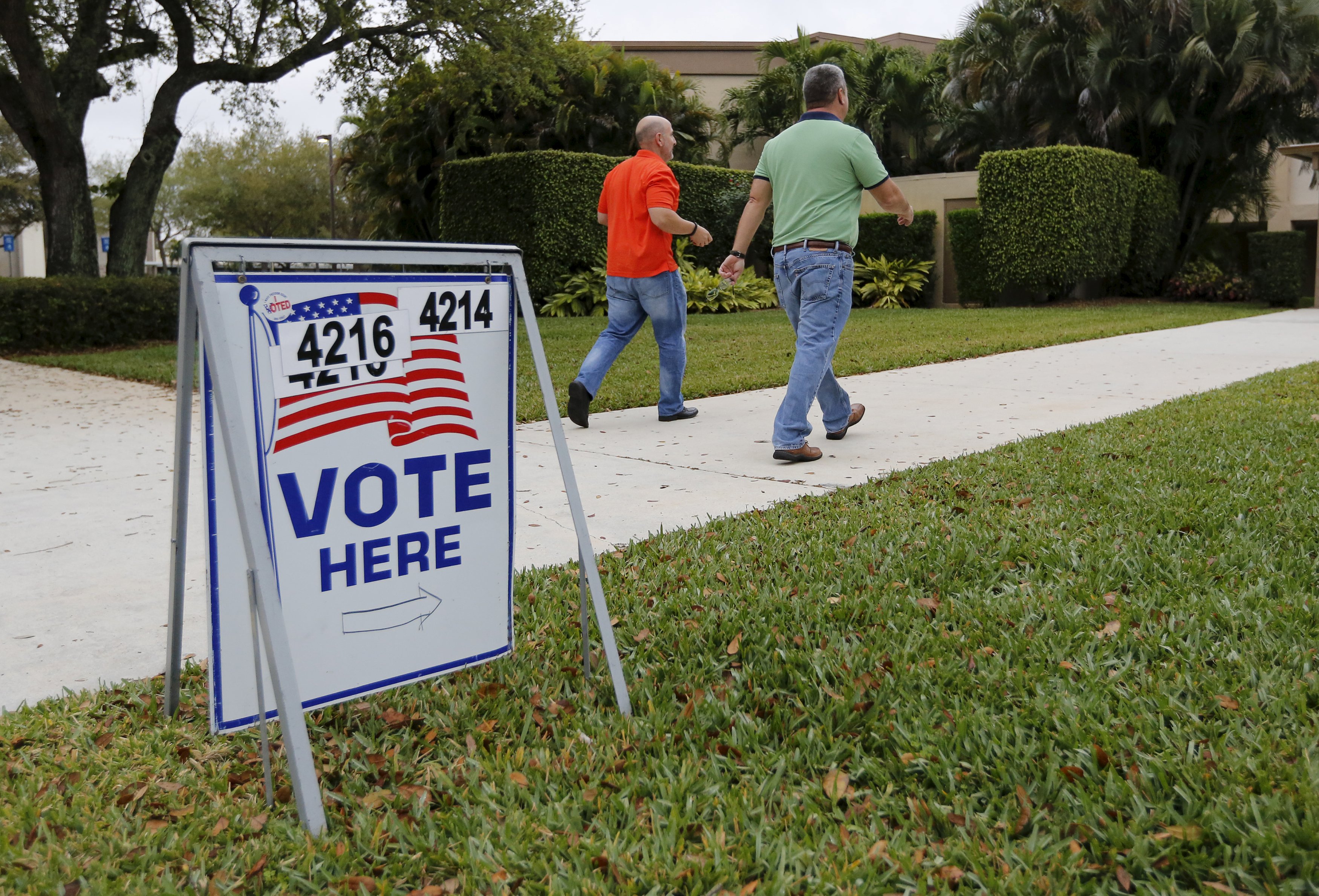 As voters in the key primary state of Florida head to the polls Tuesday, reports of voting problems in some towns and counties have begun to surface.

Other polling places in the area faced technical glitches Tuesday, per WKMG, causing a switch to paper ballots. But no voters were turned away, local officials said.

And in Duval County, in the Jacksonville area, voting machines were down first thing Tuesday morning in all 199 precincts, causing a switch to paper ballots. According to local news station WJAX, the situation had been at least partially resolved by Tuesday afternoon.

Polling places in most of Florida are open until 7 p.m. ET Tuesday, with areas in the Panhandle, which is one time zone behind, open until 8 p.m. ET.

The state's primary is an important contest for both Democrats and Republicans as front-runners Hillary Clinton and Donald Trump work to wrap up their parties' respective nominations. It's especially essential for Florida Sen. Marco Rubio, for whom a home-state loss could be cause to exit the Republican primary.