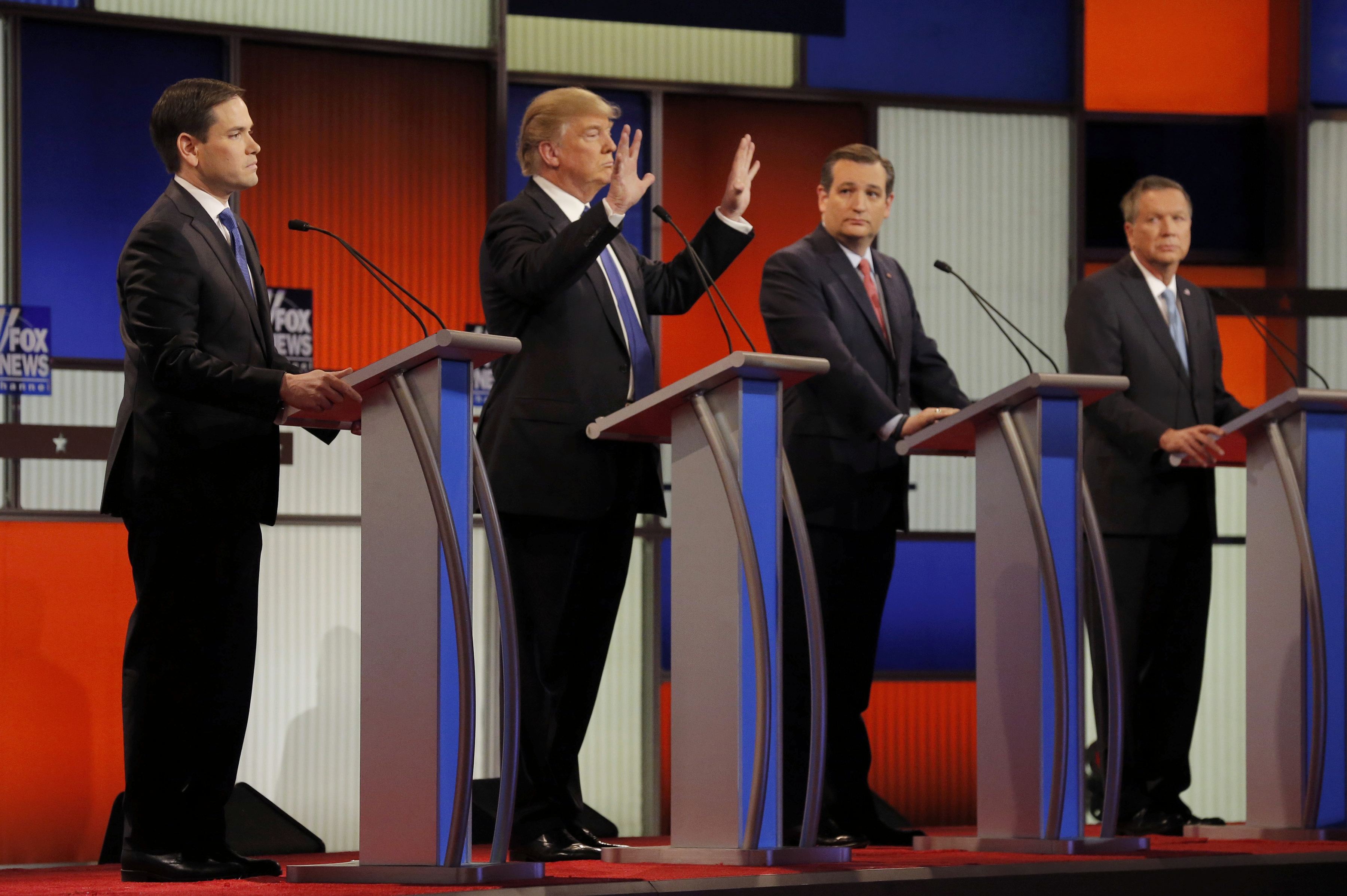 Donald Trump is putting to rest, once and for all, the rumor of his small hands.

After Marco Rubio attacked the size of Trump's hands last week, the Republican presidential front-runner defended himself on the GOP debate stage in Detroit Thursday night.

"He hit my hands--nobody has ever hit my hands," Trump said, holding them up for the audience. "Look at those hands. Are they small hands?"

The billionaire continued. If, by referring to his hands, Rubio was suggesting "something else must be small," Trump said: "I guarantee you there's no problem."

He added, of Rubio, "I also happen to call him a lightweight, okay? And I have said that, so I would like to take that back. He's really not that much of a lightweight."

Trump has had sensitive reactions in the past to insults about his "small hands." When satirical magazine "Spy" called him a "short-fingered vulgarian" in a 1988 article, Trump reportedly responded to the editor with photographs to prove otherwise.

Graydon Carter, the editor for the now defunct magazine, wrote in a recent Vanity Fair account that "to this day, I receive the occasional envelope from Trump."

"There is always a photo of him--generally a tear sheet from a magazine," Carter recalled. "On all of them he has circled his hand in gold Sharpie in a valiant effort to highlight the length of his fingers... Like the other packages, this one included a circled hand and the words, also written in gold Sharpie: 'See, not so short!'"