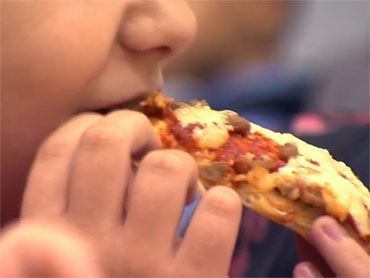 A Buffalo, N.Y., restaurateur will be feeding pizza to the poor as punishment for cheating the state out of sales tax.

Casa-Di-Pizza owner Joseph Jacobbi could have been sent to prison after pleading guilty to third-degree grand larceny. But The Buffalo News reports a state Supreme Court judge thought the city would be better served if Jacobbi fed its neediest.

He sentenced Jacobbi to deliver 12 sheet pizzas from his popular restaurant to the City Mission once a week for a year.

The 57-year-old Jacobbi has repaid about half of the $104,000 in sales tax authorities say he withheld from New York over the course of four years. He must make monthly payments to cover the rest.