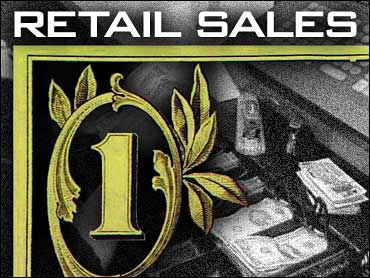 Consumers may be despondent, but it's not keeping them out of the stores.

Retail sales were unchanged in October at a seasonally adjusted $301.7 billion, despite a 1.9 percent drop in auto sales, the Commerce Department estimated Thursday.

The figures exceeded expectations of Wall Street economists, who were forecasting a 0.2 percent drop in total sales.

The state of the consumer has been Topic A in policymaking circles. The Federal Reserve cut its overnight lending target by a half percentage point last week, largely as insurance against a pullback by consumers.

Fed chief Alan Greenspan told Congress on Wednesday that the Fed is concerned that the recent slowdown in consumer spending might be a sign of a further weakening in the economy as the nation struggles to recover from last year's recession.

Or, Greenspan said, the slowdown could be just a normal "payback" from the earlier strong auto sales.

Thursday's data support the more benign view that the nine-year low in consumer confidence won't be felt in the spending figures.

In separate reports, the Labor Department said its four-week average of initial jobless claims fell by 6,000 to 397,000, the lowest since Aug. 24. Claims in the most recent week fell 8,000 to 388,000. The moving average for continuing claims also fell to a two-month low of 3.58 million.

Retail sales in September fell a revised 1.3 percent, slightly worse than the first estimate. Total sales are down 0.7 percent from last October, when consumers reacted favorably to unprecedented deals from the automakers in the wake of the Sept. 11 attacks.