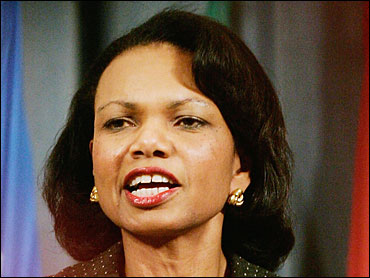 The move was the latest by an administration that in the wake of the postwar chaos in Iraq has been increasing its emphasis on trying to create stability in countries that have had major conflicts.

A statement issued by White House spokesman Scott McClellan said the move would facilitate helping the countries prevent terrorists from operating in their territory.

Sen. Richard Lugar, R-Ind., agreed. "We already have seen how terrorists can exploit nations afflicted by lawlessness and desperate circumstances," the chairman of the Senate Foreign Relations Committee said in a statement.

Mr. Bush, as a presidential candidate, took a skeptical view of U.S. engagement in reconstruction of other countries. As president, however, he has spearheaded efforts to help Afghanistan and Iraq, among other nations, recover from conflict.

Last March, the State Department set up a new office to manage the aftermath of war and try to prevent extremism from taking hold in desperate places.

On Tuesday, the Pentagon said it was elevating peacekeeping to a level comparable to war fighting, saying it would increase training and other steps so that maintaining stability where necessary would be a core U.S. military mission.