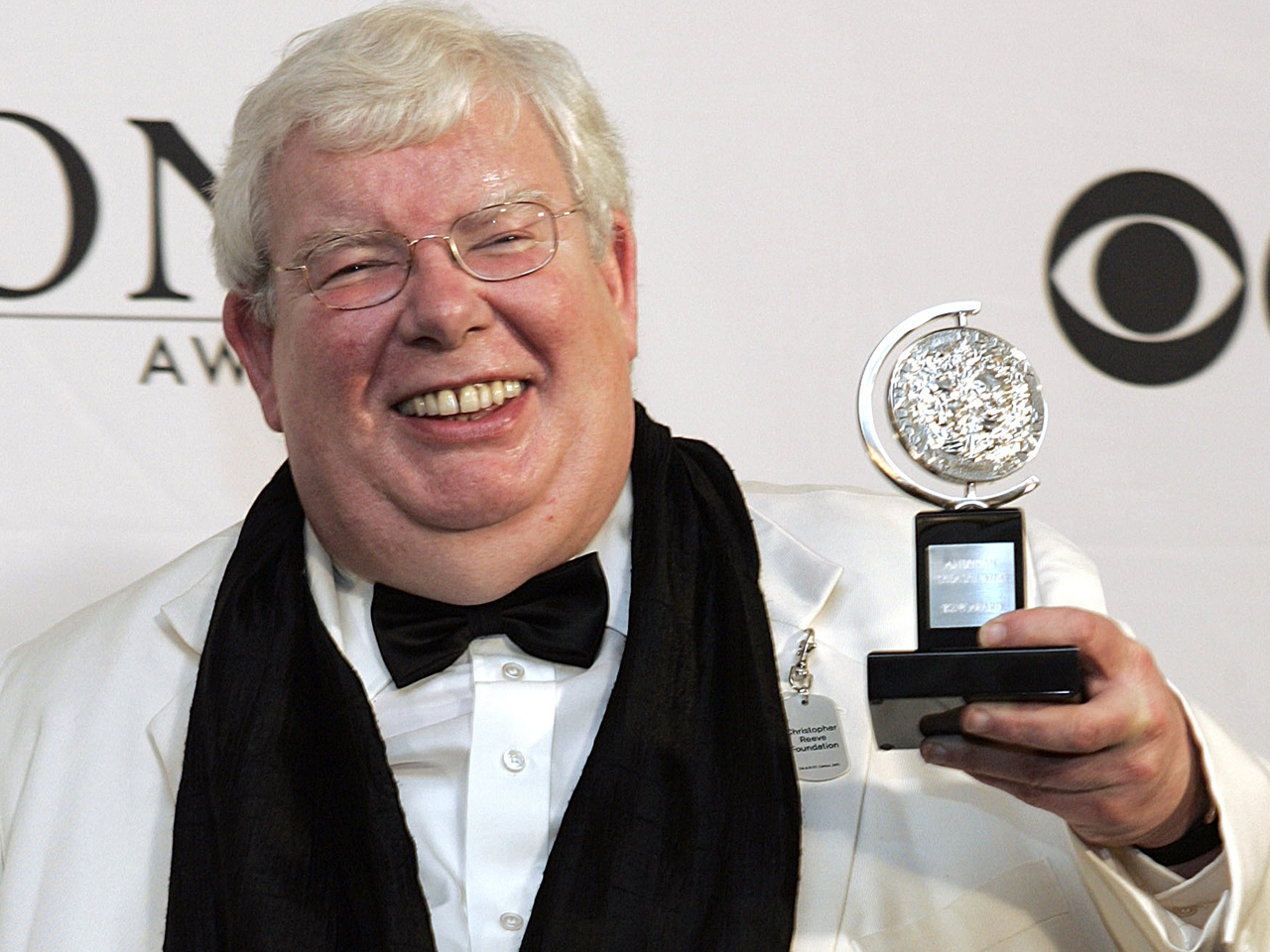 Richard Griffiths, the versatile British actor who played the boy wizard's unsympathetic Uncle Vernon in the "Harry Potter" movies, has died. He was 65.

He paid tribute to Griffiths as "a remarkable man and one of our greatest and best-loved actors."

Griffiths appeared in dozens of movies and TV shows, but will be most widely remembered as a pair of contrasting uncles - the hero's grudging Muggle guardian in the "Harry Potter" series, and flamboyant Uncle Monty in 1980s cult classic "Withnail and I."

"I was proud to say I knew him," said "Harry Potter" star Daniel Radcliffe.

A large man and a huge stage presence, Griffiths was one of Britain's leading theater actors, creating roles including the charismatic teacher Hector at the emotional heart of Alan Bennett's "The History Boys" - a part he took to Broadway, winning a Tony Award, and repeated for the film adaptation.

Griffiths also played poet W.H. Auden in Bennett's "The Habit of Art," a hugely persuasive performance despite the lack of physical resemblance between the two men.

Known for his sense of humor, large store of theatrical anecdotes and occasional bursts of temper, Griffiths was renowned for shaming audience members whose cell phones rang during plays by stopping the performance and ordering the offender to leave.

In 2007 he appeared in a London production of "Equus" alongside the then 17-year-old Radcliffe.

"Richard was by my side during two of the most important moments of my career," Radcliffe said Friday.

"In August 2000, before official production had even begun on Potter, we filmed a shot outside the Dursleys', which was my first ever shot as Harry. I was nervous and he made me feel at ease.

"Seven years later, we embarked on 'Equus' together. It was my first time doing a play but, terrified as I was, his encouragement, tutelage and humor made it a joy.

"In fact, any room he walked into was made twice as funny and twice as clever just by his presence."

Griffiths was born on July 31, 1947, the son of a steelworker. His mother and father were both deaf, so Griffiths learned sign language when he was young.

Griffiths is survived by his wife, Heather Gibson, whom he married in 1980.