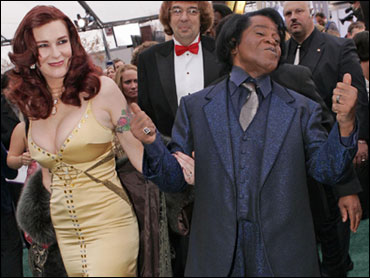 "The threats contained in that piece are the same threats we've been hearing now for the past year," Ridge said in a television interview Sunday.

However, Baltimore police commissioner Edward Norris is not pleased with communications with Ridge's operation: He said on the CBS News Early Show Monday that he heard about the latest threats from the press, not Homeland Security.

"I think the federal government is still missing the boat. When you talk about that war, this war is going to be fought here. Al Qaeda is here. They've acknowledged that and said there's a 100 percent chance of another strike, and they're not making good enough use of the police departments in America," he said. "We need to be full-time partners and briefed, if not daily, certainly weekly, on everything happening in our cities, and currently that's not being done."

A correspondent for the Arab satellite TV station Al-Jazeera told The Associated Press that he received the unsigned, six-page document on Wednesday, a day after the station broadcast an audiotape believed made by al Qaeda leader Osama bin Laden.

The United States and other governments blame bin Laden for the attacks that destroyed the World Trade Center in New York and damaged the Pentagon in Washington, killing more than 3,000 people on Sept. 11, 2001.

The Arab TV correspondent, Yosri Fouda, who is known for good contacts within al Qaeda, would only say that the statement came from his sources with the group. But he insisted he was certain it came from the terrorist movement's leadership.

Ridge said the Bush administration was uncertain of the source of the letter.

"We're familiar with that piece of information. There are no new threats," he said. "There are the same old conditions. It's just part of the continuing threat environment that we assess. It's really nothing new."

Meanwhile, a senior Bush administration official confirmed Sunday that Ridge is President Bush's choice to head a new Department of Homeland Security. The Senate is expected to pass legislation this week to create the department; the House has already voted in favor of it.

Ridge, whom Mr. Bush tapped shortly after the Sept. 11 attacks to coordinate homeland security efforts, declined to discuss his expected appointment, saying in a televised interview that he would "be privileged to serve the president wherever he thinks I can serve him best."