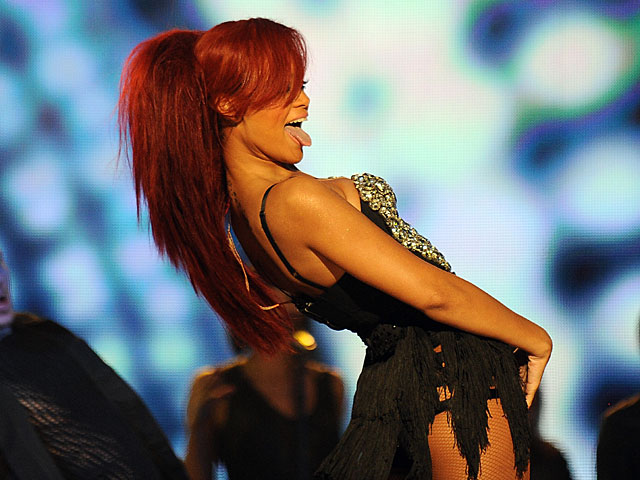 The Bahamian -born musician was joined on stage by rappers Drake and Kanye West, and it seems their costumes drew as many comments as the performances.

Canadian rapper Drake took to the stage to perform his verse on Rihanna's hit song "What's My Name?" West rose from the stage floor to sing "All of the Lights."

Rihanna performed some her best-known pieces, including "Umbrella" and "Only Girl (In The World)."