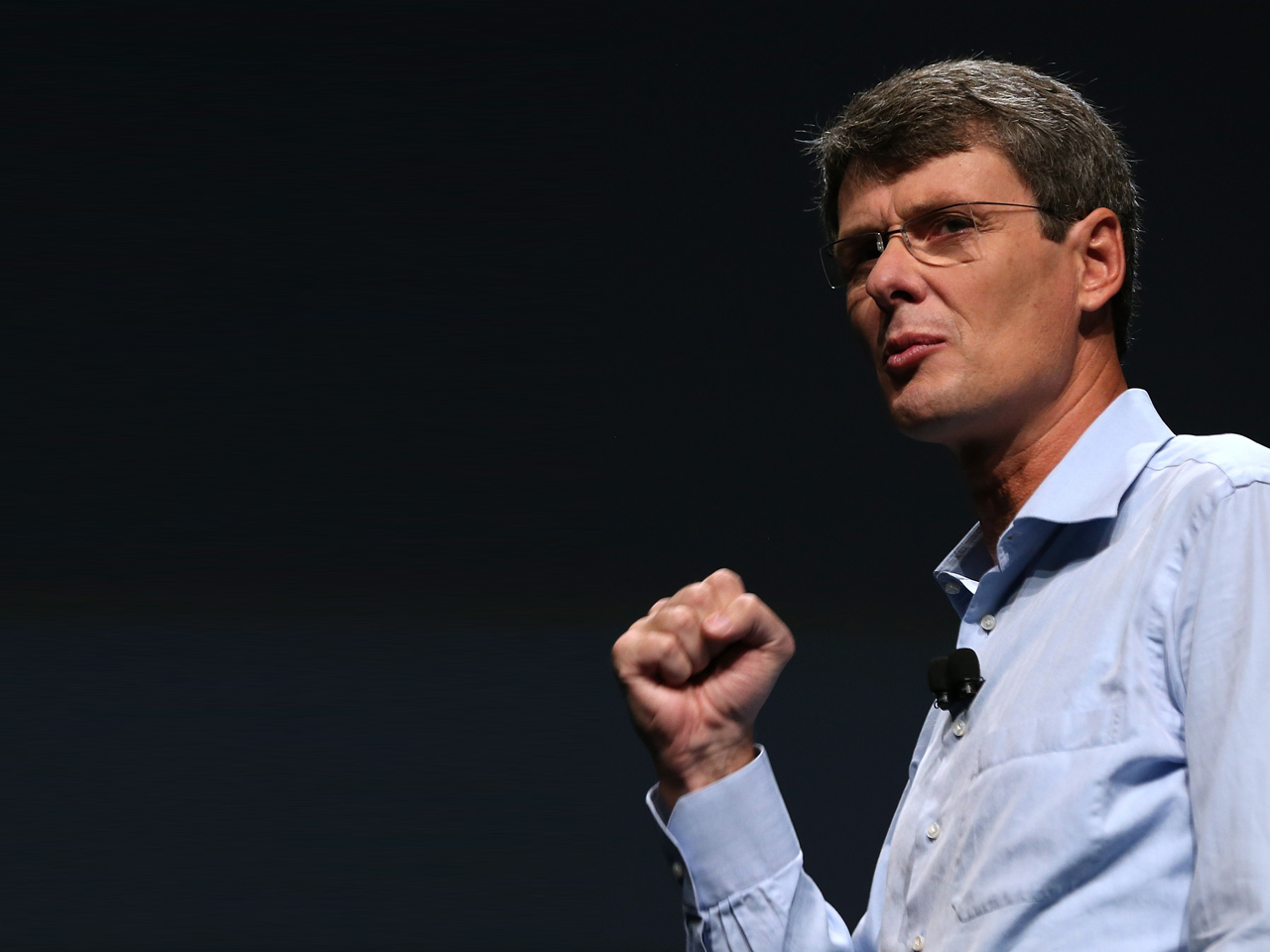 (AP) SAN JOSE, Calif. - Research In Motion (RIM) CEO Thorsten Heins says the company's BlackBerry phone is poised to regain its stature as a trailblazing device even as many investors fret about its potential demise.

Heins took the stage Tuesday at a conference for mobile applications developers to rally support for the upcoming release of BlackBerry 10, a new operating system that Research In Motion Ltd. is touting as its salvation after years of blundering.

The gathering in San Jose, Calif., served as the equivalent of a revival meeting for RIM. The Canadian company has been laying off thousands of workers to offset growing losses after being outmaneuvered by iPhone maker Apple (AAPL) and other phone makers relying on Google.'s (GOOG) Android software.

"We recognize the need for change," said Heins, who was promoted to CEO in January as RIM's troubles deepened. "There is a new energy and a lot of fighting spirit at RIM."

Heins and other top RIM executives used the conference to provide a glimpse at some of BlackBerry 10's new features. The redesigned software won't hit the market until a still-unscheduled date early next year.

That means RIM's new software won't be available during the holiday shopping season, costing the company more sales during a period when millions of people are expected to be snapping up the latest iPhone, Android device and even a new handset from another struggling mobile phone company, Nokia, that is tying its fate to Microsoft's (MSFT) latest Windows software.

Despite RIM's missteps, the BlackBerry still commands a huge following with about 80 million subscribers, thanks mostly to its appeal to corporate customers who like the device's security and compatibility with their email systems.

Heins did his best to argue that the BlackBerry 10 will be worth the wait.

"We are committed to making BlackBerry 10 an inflection point in mobile computing," Heins said.

The system is being designed to make it easier to find and use multiple applications simultaneously by swiping a finger across the phone's display screen instead of having to press on a home button to navigate through a menu of programs, like the iPhone requires. All notifications from various applications are supposed to be sent a central point known as the BlackBerry Hub.

In an attempt to cater to its main customer base of business users, RIM also promises BlackBerry 10 will offer more security features, better calendar management features and more tools to connect with other workers.

RIM is retooling the software to adapt to the growing number of people who want a smartphone that can fulfill both their personal and professional needs. In an effort to make its phones better suited for employees who want to use their personal phones for work instead of relying on employer-issued devices, the new system includes a feature called "BlackBerry Balance." That enables users to touch an icon on the screen to toggle between two different menus of applications and services, one set up for personal stuff and the other programmed for work.

"We are convinced this platform will shape the next 10 years as profoundly and as positively as BlackBerry shaped the last decade," Heins said.

Investors appeared to be heartened by what they heard and saw from RIM Tuesday. The company's stock gained 32 cents, or 5 percent, to $6.62 in Tuesday's afternoon trading. That's still far below the stock's peak price of about $148, reached in June 2008. The iPhone was seen then more as a technology toy for affluent geeks and the first wave of Android-powered devices had not yet been released.