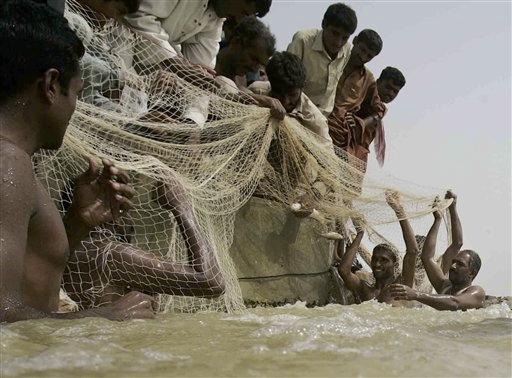 Being a teenager isn't as risky as it used to be, but too many teens still put their lives and their health at risk, a CDC survey shows.

Every two years, the CDC conducts its huge Youth Risk Behavior Survey. It contains detailed data from more than 14,000 questionnaires anonymously completed by teens in grades 9 through 12.

Overall, the 2007 results suggest that teens are acting more responsibly. Fewer are sexually active, nearly all wear seat belts, drinking and drug use
are down, 80% of kids don't smoke, and there are fewer suicide attempts.

This is good news to Howell Wechsler, EdD, MPH, director of the CDC's Division of Adolescent and School Health. In some cases, the new numbers begin to approach the CDC's Healthy People 2010 objectives.

"What we are seeing is from the early to mid-1990s to now, on a large number of health risk behaviors, we are seeing very, very encouraging progress," Wechsler tells WebMD.

Even so, the new numbers are enough to take a parent's breath away:

"We are gratified that there is progress being made," Wechsler says. "But my take on it is this: I have a bunch of kids myself and I am not going to be satisfied until we meet our goals -- and in most areas we are still not meeting our Healthy People 2010 objectives. So I see no cause to be overly
satisfied."

(Which teens are most at risk? Find out from guest blogger Howell Wechsler on WebMD's News Watch blog.)

In some cases, the overall numbers conceal states and localities where teen behavior is much better -- and much worse -- than average:


Wechsler says the survey data don't show exactly why teens in some areas take fewer health risks than teens in other areas. But he says that state and local efforts to reduce specific risk behaviors pay off. He points to anti-tobacco efforts as an example.

"One thing that is instructive is the tremendous difference in resources different states put into this," Wechsler says. "In some states, teen tobacco use is much lower than the national rate. And we see this in exactly those states where they have made substantial investments in tobacco
reduction."

Even Good Teens Take Risks -- What Parents Must Do

If none of this sounds like your teenager, listen to Nancy Cahir, PhD, a child/adolescent/adult psychologist in private practice in Atlanta.

"What I have seen in my practice is even parents who think it couldn't happen to their child -- well, it can," Cahir tells WebMD. "Even with the 'perfect child,' there may be hidden issues; even in good families, bad things can happen. There is no discrimination when it comes to high-risk behavior for teens."

Parents have a responsibility to involve themselves in their children's lives, Cahir says. They cannot assume their teen is doing fine because they haven't had calls from the school or because their teen's grades are good.

"Parents, I say stay close to your children. Know your kids the way you know your best friend, and keep in touch with them," she says. "Spend time with them, know their friends, and know the parents of the children your children hang out with. Say to them every day, 'Did you have a difficult day? What's going on with you? How are you doing?'"

It's probably not news that teens can be moody, even surly at times. Your teen may respond to your inquiries with something like, "My life is none of your business."

Not so, says Cahir.

"Every parent has the right to say, 'It is too my business,'" she says. "Parents sometimes shy away from being more involved because they don't want to seem intrusive. But it is their business to know whom their child hangs out with, to know whether the child is in distress, and to help their children through these difficult times. Sometimes kids don't like hearing that, and may respond in defiant ways, but parents must toe the line and say, 'We have a right to know.'"

But Wechsler agrees with Cahir that communication is not only what your children need, but what they truly want.

"As a parent of two teens myself, you tend to believe them when they walk out of the room and don't express any interest in hearing from you," Wechsler says. "But kids really do want that communication with parents. They really do want to hear their parents' values. They really need their parents to monitor their whereabouts and stay in touch and stay a very strong part of their lives."

Cahir says the key to communicating with teens is developing mutual respect.

"Each member of a family should treat the others members like a best friend or at least as a guest in the house," she says. "If you are angry with your teen, or your teen is angry with you, you have to talk it out in a way that is not hostile or aggressive. I've seen some families go after each other tooth and nail and they end up really harming each other."

If communication breaks down, it may be time for the family to sit down with a professional to learn how to express disagreements in a constructive way.