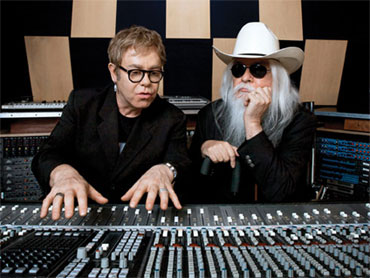 Elton John recently made an album with his longtime idol, Leon Russell. Now he'll do the induction honors when Russell is ushered into the Rock and Roll Hall of Fame next month.

Russell and John are up for a Grammy award for their work on the joint album "The Union."

John won't be the only Rock and Roll Hall of Famer honoring the 2011 class on March 14.

The induction ceremony will be in New York and will be aired on March 20 on the Fuse network.