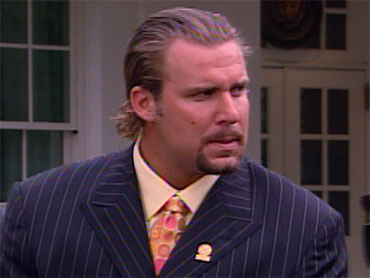 Police in Georgia are still checking out a woman's claim that Pittsburgh Steelers quarterback Ben Roethlisberger assaulted her a week ago.

Roethlisberger denies any wrongdoing. But as CBS News correspondent Manuel Gallegus reported, his name is now on a long list of athletes accused of sexual misconduct.

While the Super Bowl champion quarterback may, in fact, be innocent of sexual assault, Gallegus remarked, there's little doubt his judgment could be called into question.

Bill Plaschke, a sports columnist for the Los Angeles Times, told CBS News, "At the worst he's a criminal and the very least he's an idiot, whose conviction should be a bad judgment."

Sources say Roethlisberger has told police he had sexual contact with the 20-year-old woman who is accusing him of assault in a Georgia nightclub. He denies having intercourse or assaulting her.

Ed Garland, Roethlisberger's defense attorney, has said, "Our position, as we have stated, is that there was no crime committed by Ben and we expect the facts will show that and clearly prove that."

Plenty of high profile athletes manage to keep their reputations squeaky clean, like Derek Jeter and LeBron James, but there are also those who find themselves in trouble.

In 1992, Mike Tyson was convicted of rape and served three years in prison.

In 2003, Kobe Bryant was accused of raping a hotel employee in Colorado. He admitted having sex with the woman, but denied any criminal activity.

Plashcke says athletes have to always be on guard both on and off the field.

Gallegus added it may be months before it's known if Roethlisberger committed a crime -- or is just another athlete with a tarnished reputation.