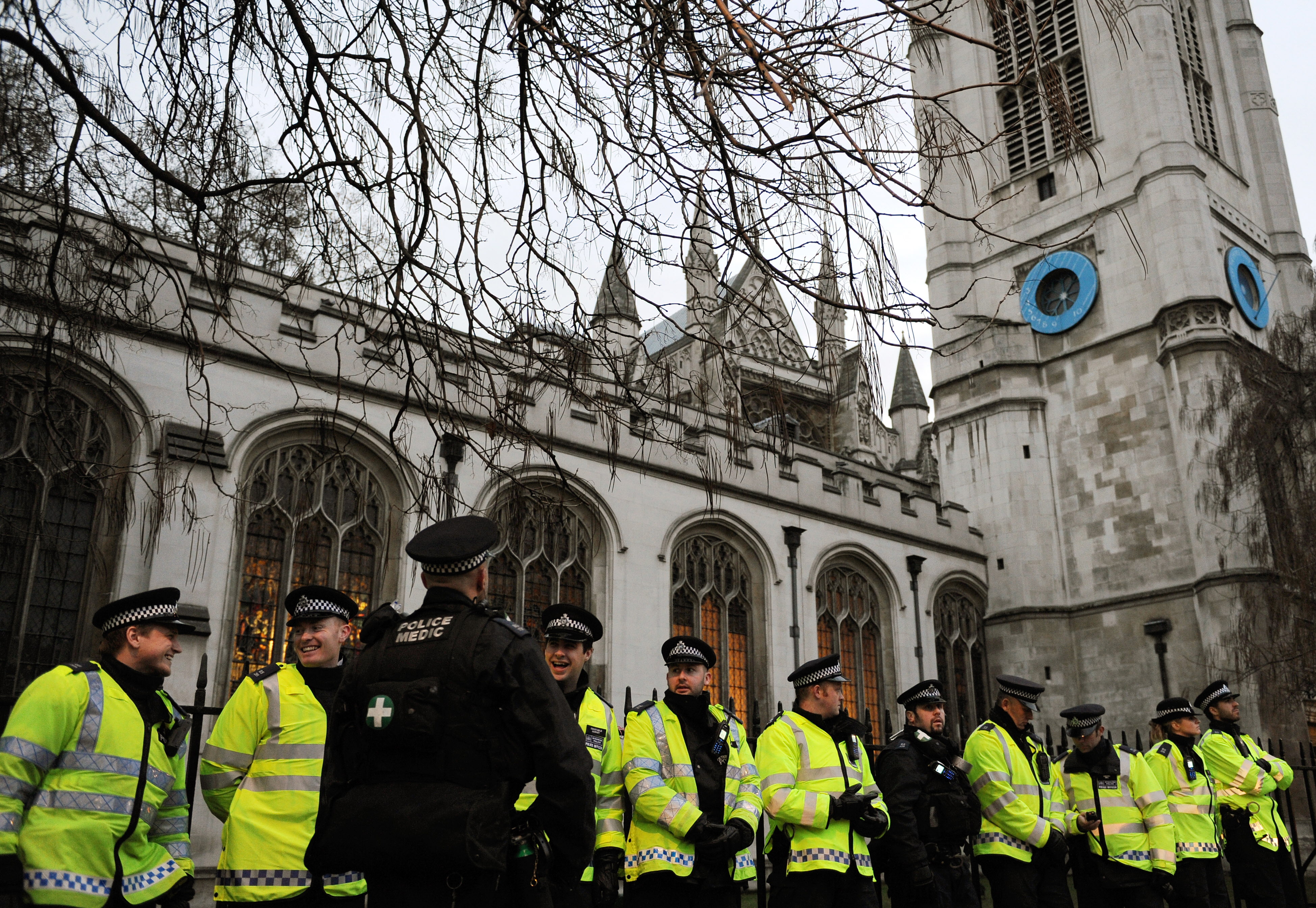 (CBS) They're not on the guest list, but peace protesters outside Westminster Abbey will be one of the first things that Prince William and Kate Middleton see when they arrive for their wedding on April 29.

(Scroll down to see video about the protesters.)

"They've said we're the sewer of Westminster," said one protester, "that we're an eyesore."

Their tent city is right across the street of the site of the royal wedding. Some protesters have been living there for a decade protesting everything from war to student tuition. Even the threat of a $5000 fine won't make them budge.

The royal family is staying out of it. Prime Minister David Cameron is pressing government ministers, saying he wants the problem sorted out before the wedding.

The leader of Westminster Council is trying to get a court order to force the protesters to go.

Protesters say they hold no grudge against Prince William and Kate Middleton and have no plans to disrupt the wedding.