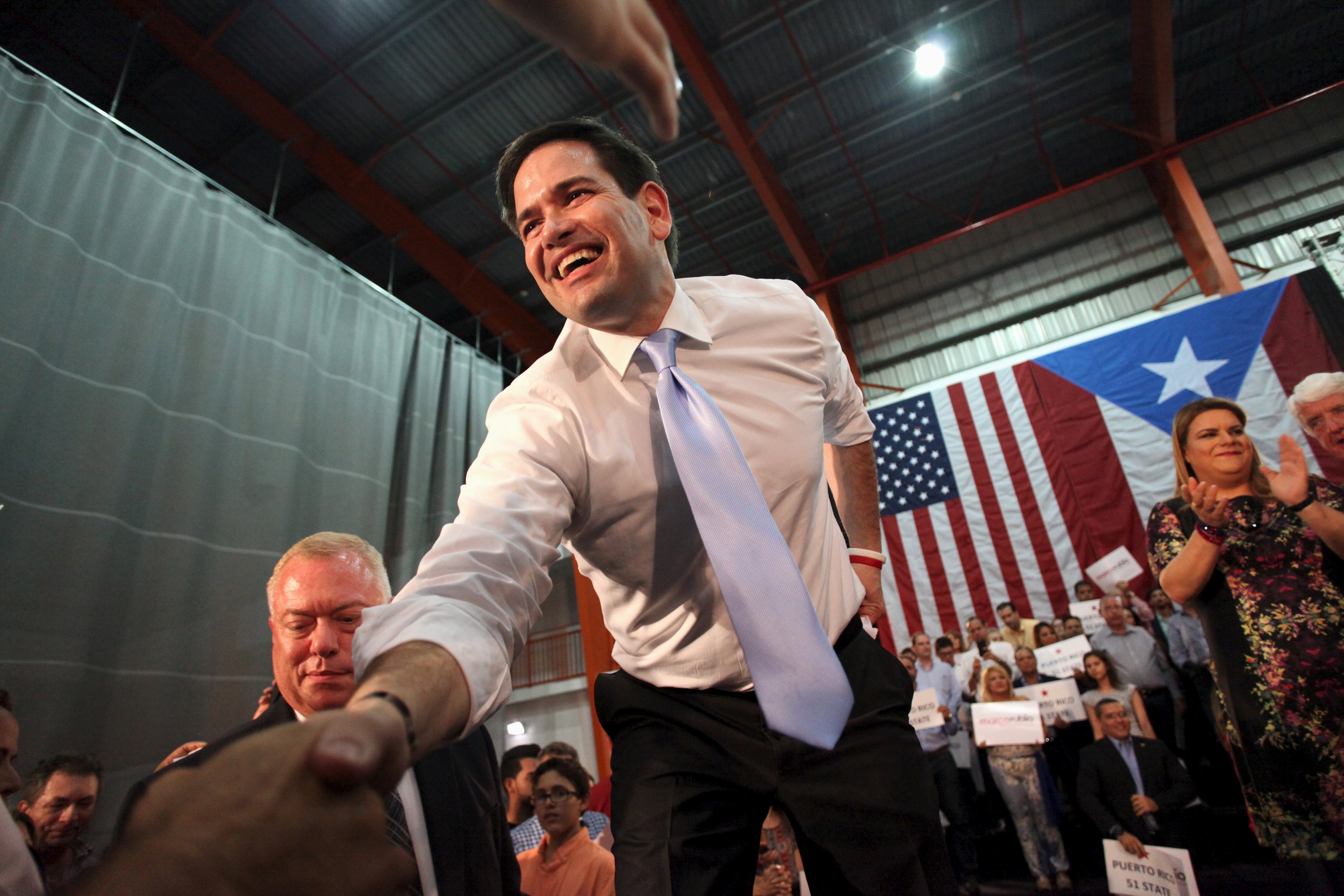 KISSIMMEE, Florida Despite increasing skepticism that he can win the Republican nomination or even his home state, Sen. Marco Rubio is soldiering on, campaigning across Florida ahead of its primary next Tuesday and making the case that he is still the GOP's best chance at winning back the White House.

Rubio is hoping his win in Puerto Rico on Sunday, where he captured 74 percent of the vote and picked up all 23 delegates, and a victory Florida next Tuesday will breathe new life into a campaign that continues to lag far behind Donald Trump and Ted Cruz in pledged delegates.

More delegates will be awarded tonight as Idaho, Mississippi, Hawaii and Michigan all vote. Rubio is expected to lose all four contests, but a win in Florida, coupled with a win in Ohio by Gov. John Kasich next week, would tighten the delegate race. Right now, Rubio argued, none of the four remaining candidates "has a clear path to 1,237 delegates" needed to win the nomination.

That's certainly true for Rubio, who dismissed a report that some advisors are urging him to drop out before the Florida primary, calling the story a "totally false and completely debunked" example of "shameful journalism." The state is a must-win for the freshman senator, and he's spending spending considerable time in central Florida's I-4 corridor, where the electorate is largely comprised of swing voters crucial to carrying the state.

"Florida is always going to be important," Rubio said, declining to downplay expectations. "Always is."

Rubio also said he's "not worried" about polls showing him trailing Trump in Florida, telling reporters that he nearly overcame a major polling deficit in the Virginia primary and would have beaten Trump "had we had another day." Rubio added that recent Florida polls "have been all over the place" -- a recent Monmouth poll had him losing to Trump by single digits, while others have him down by as much as 20 points.

That deficit has prompted a shift in strategy for Rubio, who has all but abandoned the personal attacks against Trump that dominated his rallies in the days before Super Tuesday. Now, Rubio is focused on policy differences, warning voters in Florida that a vote for anyone but him next week is a vote for Trump.

The Republican frontrunner, Rubio said,"has no serious solutions to America's problems. And in fact, I think many of his solutions are dangerous and reckless. And here in Florida, if you vote for John Kasich or Ted Cruz, you are voting for Donald Trump."