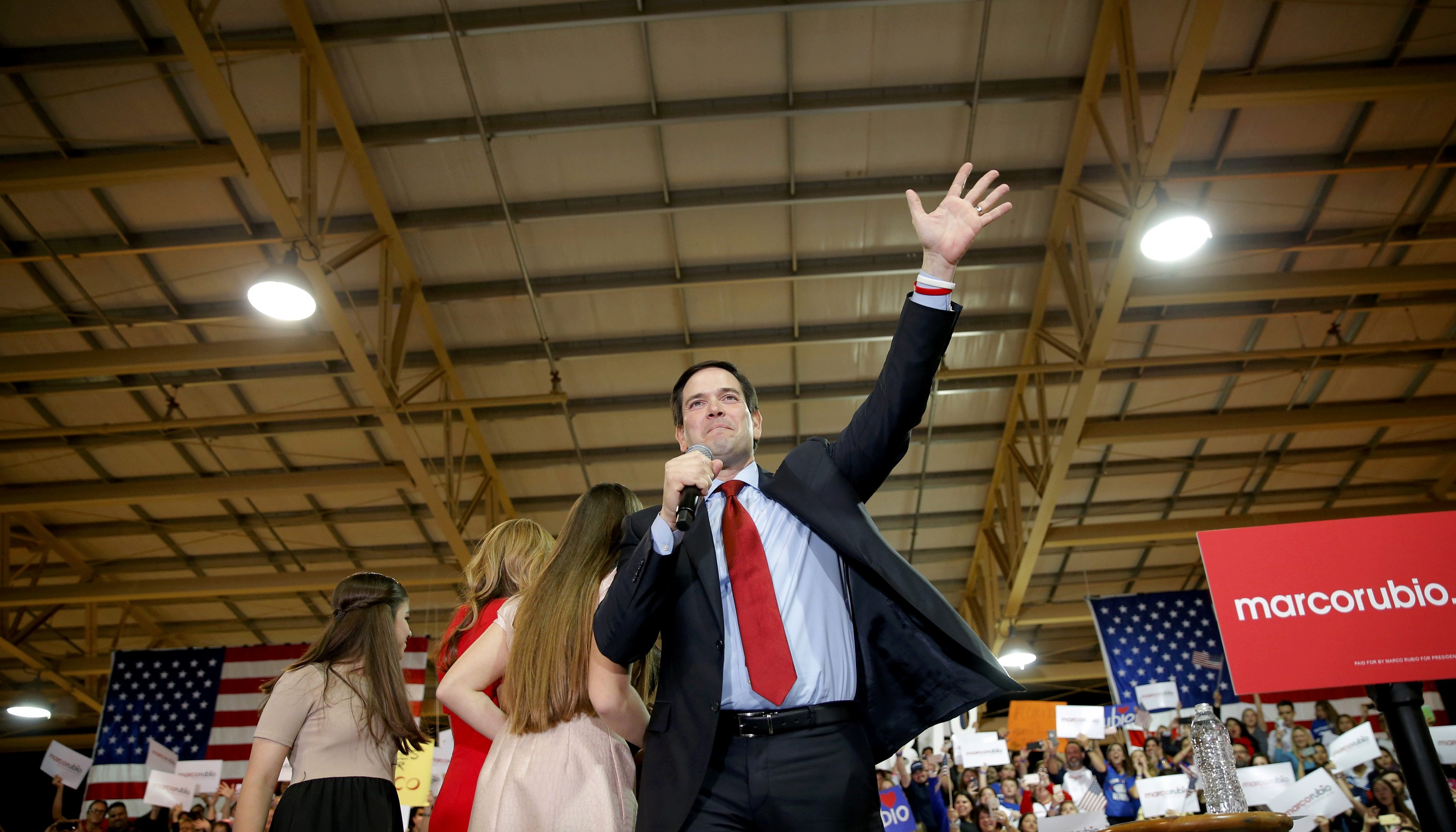 Speaking to Fox News from the same stage in suburban Miami where he held an evening rally that failed to draw a big crowd on Wednesday, Rubio admitted that, if he had to do it all over again, he wouldn't have attacked the Republican frontrunner in quite the same way.

"I'd do it differently. I really would" Rubio said, explaining to Fox's Megyn Kelly that the sharp change in tactics negatively impacted his family. "The reason - my kids were embarrassed by it. My wife didn't like it. I don't think it reflects good. That's not who I am. That's not what my campaign is going to be about or will ever be about again."

In the days leading up to Super Tuesday, Rubio had mocked the size of Trump's hands -- and, by extension, other areas of his body. "Have you seen his [Trump] hands? They're like this. And you know what they say about men with small hands? ...You can't trust them," Rubio said while speaking to college students on a college campus in Roanoke, Virginia.

The all-out assault also included the Florida senator's musings on Trump's tweets, his spray tan, and his poor spelling.

Since last week's Republican debate in Detroit, where Rubio admitted that he would support Trump if he became the nominee, Rubio has toned down his attacks on Trump, staying focused policy differences and Trump's inexperience on national security matters.

But Wednesday was the first time Rubio reflected and expressed his regret -- with one significant caveat.

"I'm not telling you he didn't deserve it," Rubio said. "But that's not who I am and that's not what I want to be."

"Honestly, I want to be a good example. I want my kids to be proud of me and I don't think it reflected well on my faith. And so I felt bad about that."