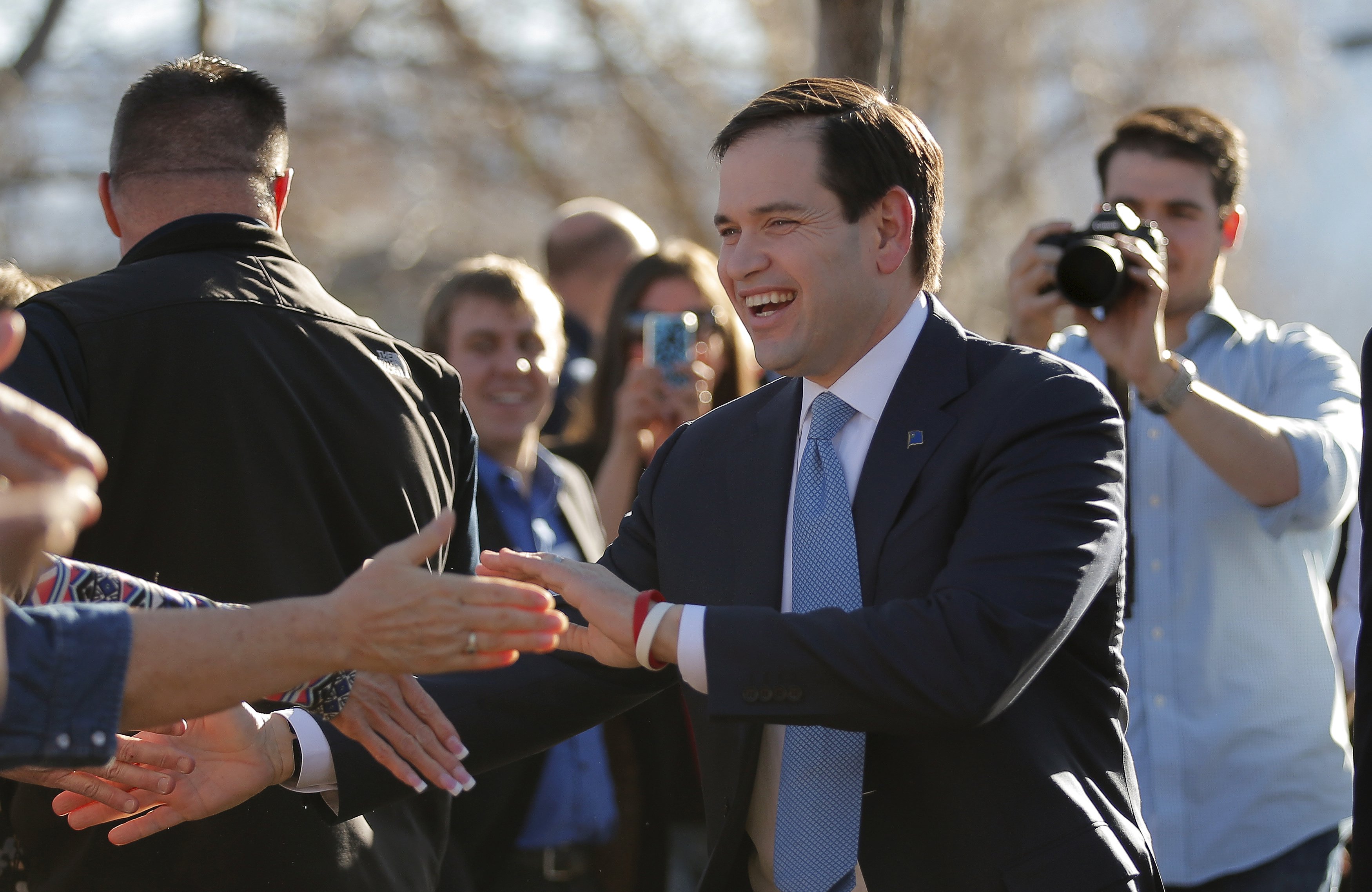 It's 4th and goal for Sen. Marco's Rubio campaign in Florida.

Holding a pre-debate rally in Hialeah, FL, just outside Miami, Rubio took the stage in the end zone of a community football field to make his pitch to 700 voters (according to the campaign) who were mostly Spanish speakers. With the press set up on the 20-yard line, and a majority of the field left empty, the optics of tonight's rally were reminiscent of a famously poorly-attended event Mitt Romney had four years ago at Ford Field in Detroit, Michigan.

Rubio alluded to the crowd's size, saying that they wanted to hold the event earlier than usual, around the time people were getting off work, so that those who did come could vote early at a polling location just a block away.

Speaking briefly first in English and then Spanish, Rubio sounded defiant in the face of calls for him to bow out of the race before Florida goes to vote on Tuesday, although polls indicate he is trailing Donald Trump here by a double-digit margin.

"We worry about the dirty tricks, and so if anyone calls you, and anyone tells you that Marco Rubio is getting out, you tell them you heard it from me, they are lying to you, we are going to work as hard as it takes because we are going to win Florida and we will win the nomination".

In what could be seen as a nod by the campaign to its current situation, before the event the scoreboard on the field behind the stage read "4th Down" and "1 to go".

That message was later replaced by a string of zeroes.