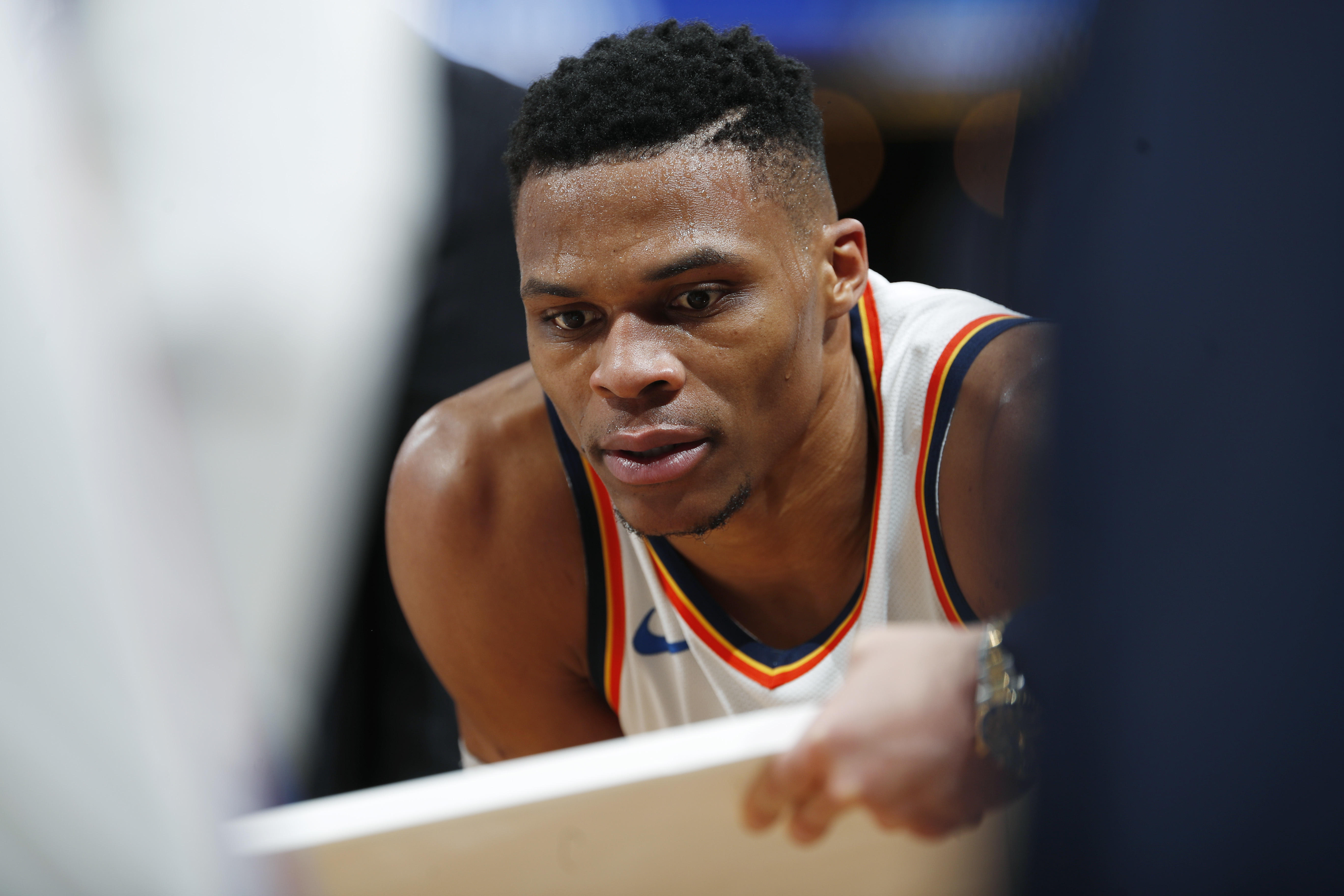 DENVER -- The level of excitement was off the charts for a regular-season game on Thursday, as the Denver Nuggets beat the Oklahoma City Thunder, 127-124, on a buzzer-beating 3-pointer by Gary Harris, writes CBSSports.com's Colin Ward-Henninger. One fan, however, got a little too pumped up.

After the buzzer sounded and Thunder guard Russell Westbrook tried to walk off the court, a fan appeared to get extremely close to Westbrook and scream in his face. Westbrook responded by shoving the fan out of the way.

"You gotta be able to protect the players, man," ESPN.com quotes Westbrook as saying. "The fans are obviously there to enjoy the game, but they can't come onto the floor. That's totally unacceptable."

"Westbrook did nothing wrong here," Ward-Henninger writes. "When someone gets in your face you have to protect yourself, even if you are a reigning NBA MVP. The fan's actually lucky he got off as easy as he did."

Hall of Famer Reggie Miller noted. "The fan is in the wrong there. He should not be on the floor," Miller said. "He should be happy he didn't get knocked out."

Luckily, the refs and security guards quickly intervened and cooler heads prevailed. "Otherwise," observes Ward-Henninger, "We could have had a very sour end to one of the best NBA games of the year."