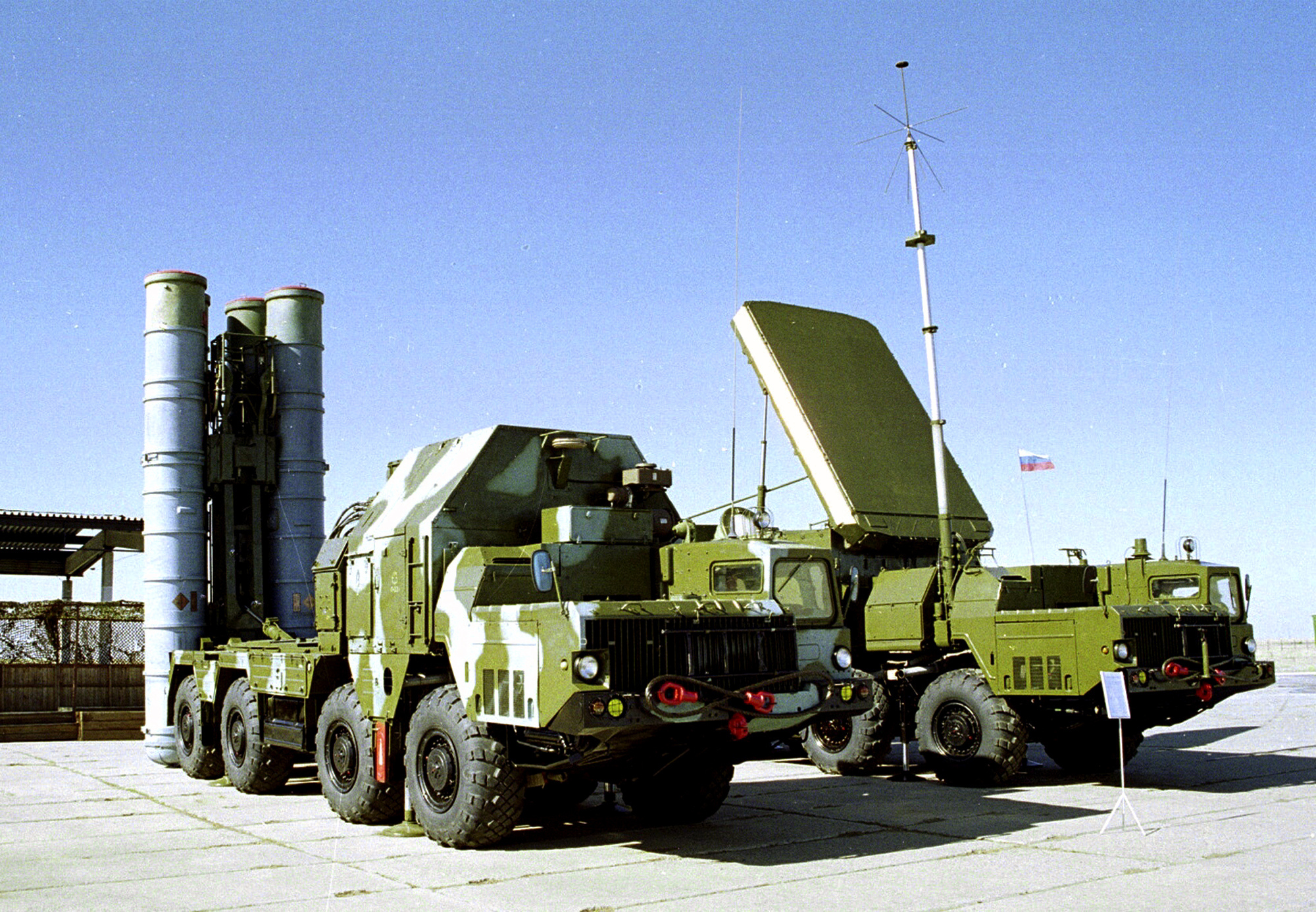 Rudskoi's statement did not specify the type of weapons, but his remarks follow reports in the Russian media that Moscow is considering selling its S-300 surface-to-air missile systems to Syria.

Top Russian officials said that in light of the airstrikes on Syria earlier this month, Moscow may reconsider a pledge it gave a decade ago not to provide Syria with the S-300 system. The strikes were in retaliation to an April 7 suspected chemical weapons attack in the town of Douma, near Damascus, that killed more than 40 people.

On Wednesday, the global chemical weapons watchdog agency said a team of inspectors had visited Douma for the second time to try and verify whether a chemical attack took place, and if so, with what. The Organization for the Prohibition of Chemical Weapons said in a statement that samples were gathered during the visit "to a second location in Douma."

The U.S., Britain and France blamed the attack on President Bashar Assad's government. The three governments launched airstrikes into Syria, hitting alleged chemical weapons facilities. Syria and Russia, a key ally of Assad, strongly deny the Syrian government was behind the attack.

The OPCW said in its Wednesday statement that Russia was insisting on bringing "some Syrians" to a briefing of the organization's governing council on April 26. The OPCW said it had requested that the testimonials to the executive council wait until after its investigation was complete, but, "Nevertheless, the Russian delegation stated that it would go ahead with the briefing and that its intention was not to interfere with the FFM's (Fact Finding Mission) work."

Transferring upgraded air-defense systems to Syria could be seen as an escalation by neighboring Israel and raises the risk of Israeli attacks.

"What's important to us is that the defensive weapons the Russians are giving Syria won't be used against us," Lieberman told Israeli news website Ynet. "If they're used against us, we'll act against them."

Israel has not taken sides in the Syrian civil war, but its air force has carried out dozens of airstrikes during the fighting, most of them believed to have been aimed at suspected arms shipments to Hezbollah. More recently, Israel has warned that it will not accept a permanent Iranian military presence in Syria.

In February, Israel shot down what it said was an armed Iranian drone that penetrated its airspace from Syria. Israel responded by carrying out airstrikes in Syria, drawing anti-aircraft fire that shot down an Israeli warplane. Israel then retaliated by destroying Syrian anti-aircraft batteries.

Israel and Russia have maintained close contact in order to prevent any clashes between their air forces in the skies over Syria. In the interview, Lieberman said that Russia already has air-defense systems in Syria. He said Israel's concerns are Iran and Syria.

"For several years we've been constantly in coordination and able to avoid friction with the Russians," he told Ynet. "The only ones to act against us are the Syrians. When the Syrian systems acted against us, we destroyed them," the defense minister stressed.

"One thing should be clear. If anyone's shooting at our planes, we'll destroy them," he said.