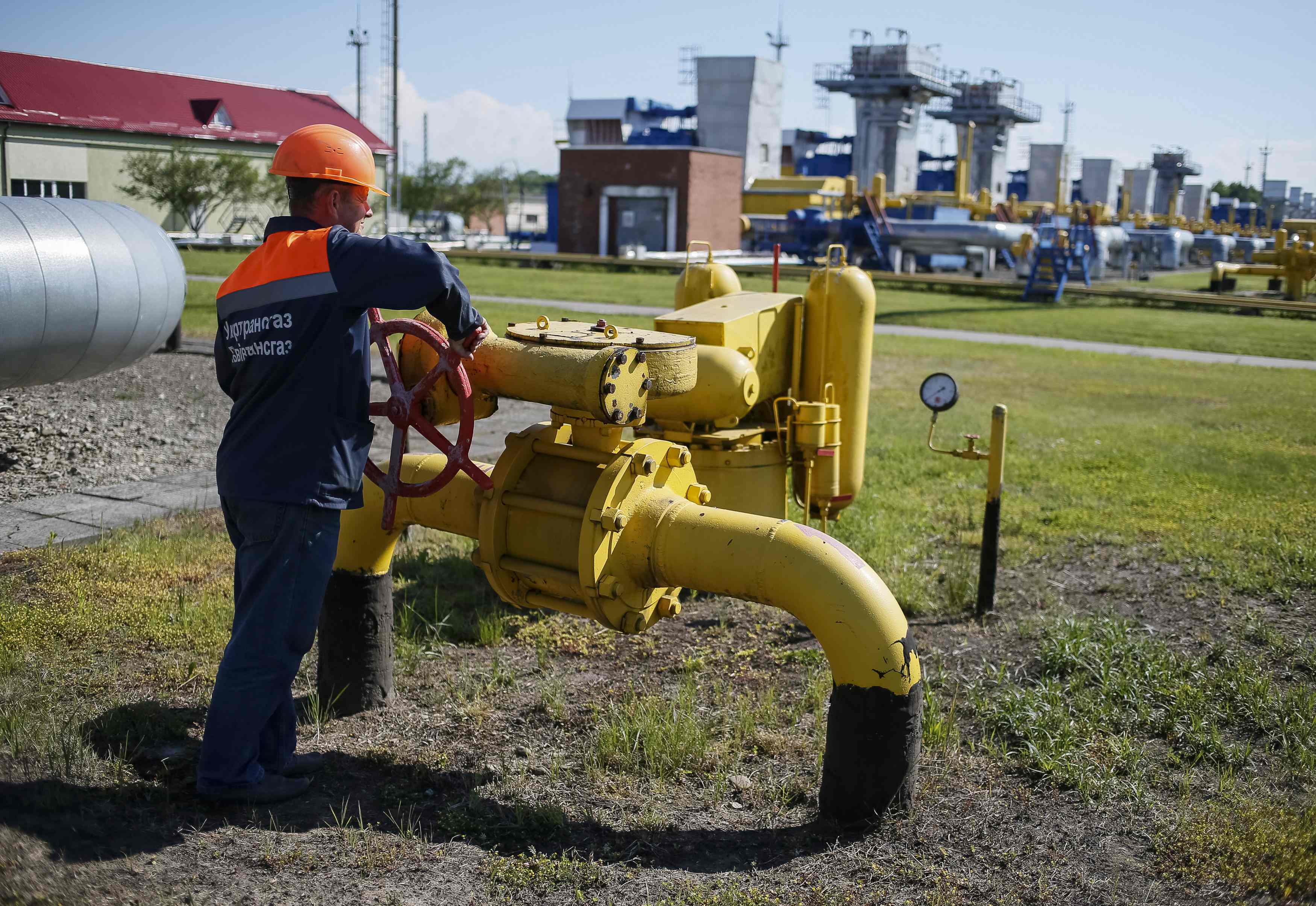 MOSCOW -- Russia on Monday cut gas supplies to Ukraine as a payment deadline passed and negotiators failed to reach a deal on gas prices and unpaid bills amid continued fighting in eastern Ukraine.

The decision does not immediately affect the gas flow to Europe, but could disrupt the long-term energy supply to the region if the issue is not resolved, analysts said.

Gazprom spokesman Sergei Kupriyanov said that since Ukraine had paid nothing for the gas by Monday, from now on the company would demand that Ukraine pay in advance for any future deliveries.

Ukraine's Naftogaz company head Andriy Kobolev said Russia had cut the supply of gas to Ukraine. He added that Ukraine can manage without Russian gas until December.

The pipeline to Ukraine also carries gas meant for Europe, but Kupriyanov said that the supply to Europe will continue as planned. Ukraine has the obligation to make sure the gas will reach European customers, he said.

However, Gazprom has notified the European Commission of "a possible disruption in the gas transit" in case Ukraine decides to siphon off the gas, the company said.

Analyst Tim Ash at Standard Bank PLC said Russia was likely to cut off only the gas meant for Ukraine, but that Ukraine could in theory simply take what it wants since the gas is intermingled. That would result in a shortage in pipelines to Europe that could hinder the buildup of stored gas ahead of the winter heating season when demand is higher.

"So the message is that this is unlikely to bring a short-term hit to gas supply in Europe, but it will build up problems for the winter unless a deal is reached quickly," he said in an email.

Sabine Berger, an European Union spokeswoman, said in Brussels there was no official information as to changes in gas supply to the EU, and that as far as she knew, the flows remained "normal."

Ukraine has been chronically behind on payments for the gas needed to heat homes and fuel its industries. The gas conflict is part of a wider dispute over whether Ukraine aligns itself with Russia or with the European Union.

It comes in the midst of the severe crisis in relations between the two countries that has followed Russia's annexation of Crimea in March. Ukraine accuses Russia of supporting a separatist insurgency in its eastern regions, which Russia denies.

On Saturday, pro-Russian separatists shot down a Ukrainian troop transport, killing all 49 people aboard. Ukrainian demonstrators spattered the Russian Embassy in Kiev with paint and eggs and overturned cars. In Moscow, police detained several men who were throwing flares at the Ukrainian Embassy.

In December, Gazprom offered the previous president, Viktor Yanukovych, a discounted price of $268.50 per thousand cubic meters after he backed out of an economic and political agreement with the EU under pressure from Moscow.

That price was cancelled April 1 and raised to $485 per thousand cubic meters. Russia has now offered $385, the price that Ukraine was paying until December, but Kiev insisted on a lower price. Gazprom has tolerated the late payments but now says Ukraine owes a total of $4.458 billion for gas from last year and this year.

Russia wanted a payment of $1.95 billion for past-due bills by 9 a.m. Kiev time Monday. As the deadline passed Gazprom issued a statement that it would start demanding payment in advance for gas.

Gazprom announced on Monday that it is suing Ukraine's state energy company Naftogaz in an international court for the $4.5 billion. Naftogaz said it has also filed a suit against Gazprom, seeking a "fair and market-based price" for gas, as well as a repayment of $6 billion for what it said were overpayments for gas from 2010.

Ukrainian Prime Minister Arseniy Yatsenyuk angrily rejected the Russian position, saying that "we are not going to give in to Russian pressure... we are not going to subsidize Gazprom." He said Ukraine would press in the arbitration court for prices set "honestly, openly and on market principles."

In Moscow, Russian Prime Minister Dmitry Medvedev said at a meeting with the Gazprom chief and other officials that the Ukrainian position was "absurd."

The European Commission said in a statement that Ukraine was ready to accept a compromise in talks in Kiev of paying $1 billion now and more later, but Russia didn't accept the offer.

"We stand ready to act as a mediator in these talks to facilitate a compromise, but for the moment, there are no new dates set," Berger said.