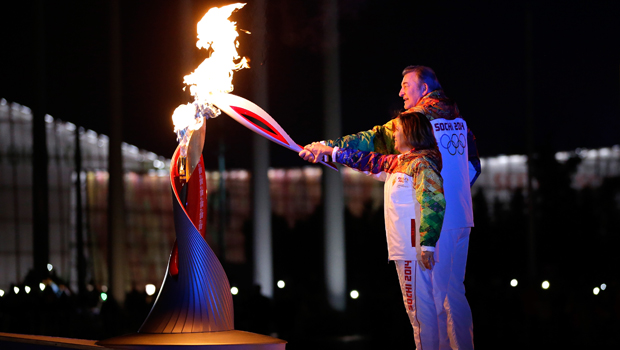 MONTREAL -- The powerhouse track teams from Russia and Kenya are in serious jeopardy of missing this summer's Olympics after the World Anti-Doping Agency delivered stinging rebukes Thursday to attempts to clean up drug-addled programs in both countries.

The WADA foundation board suspended Kenya's anti-doping agency after determining a new law passed to combat doping there fell short. Officials also released new numbers out of Russia showing that testing by independent authorities has decreased by more than two-thirds in the past year.

The countries combined for 27 medals in track and field at the London Olympics. Kenya tied Jamaica for the most gold medals, with seven, at last year's world championships. The final call on whether either country's track team will be eligible for the Rio de Janeiro Olympics is left to the sport's governing body, the IAAF, which is set to decide about Russia next month.

There were calls at the meeting, most notably from Scott, for WADA to provide more rock-solid assurances that the countries would not participate in Rio.

WADA president Craig Reedie answered by reiterating a point he's made all along: WADA doesn't have final say.

"You know the situation as well as I do. Efforts are being made. We have to hope they'll be successful," Reedie said.

The problems in Kenya run well outside the country's borders. Since the London Games, 40 Kenyans have been banned , all but five of them caught outside their own borders. The Associated Press reported that because of difficulty processing tests, some athletes are given advance notice of their tests, which makes it easier to escape detection.

A law passed last month in Kenya sought to resolve the issues and legislators thought it had WADA's blessing. Not so. The head of WADA's compliance review board, Rene Bouchard, said amendments made to the original bill rendered the law unsatisfactory. He urged the full board to reject Kenya's agency and nobody in the room objected.

Reaction in Kenya ranged from outraged to confused.

"For me, for sure I don't understand," said Julius Yego, the world champion in javelin. "We don't know the way forward. Should we continue training or do we stop?"

Kenyan marathoner Wesley Korir, who serves in the country's parliament, said, "WADA are killing the sport. Are we making the laws for WADA or for Kenyans? We need to find the communication between the ministry and WADA."

Russia's situation is even more dire.

This week has been filled with nonstop revelations, none of them reflecting well on the country that hosted the 2014 Sochi Olympics, which now look every bit as tainted as the track team.

On Sunday, there were whistleblower Vitaly Stepanov's details about four gold medalists from the Sochi Games who used steroids.

He spoke to 60 Minutes about his low-level job collecting urine and blood samples inside the very agency assigned to combat drug use.

Vitaly said he repeatedly informed his bosses about the corruption, only to be told "What happens in Russia, stays in Russia." Frustrated, he made a dangerous decision to reach outside Russia, to the World Anti-Doping Agency or WADA.

On Thursday, as the WADA meeting was in progress, the New York Times went live with a blow-by-blow breakdown of how Russians switched out urine samples and performed other deceitful acts to ensure 15 drug-using medal winners and many others wouldn't test positive.

And WADA released its own figures about drug testing in Russia, none of which reflected well on the so-called reforms taking place since its anti-doping agency was suspended last November.

"I don't want to totally discount the quality of the testing that is occurring now," said Joseph de Pencier, the CEO of the Institute of National Anti-Doping Organizations. "But clearly there's a problem with those numbers."

Throughout the meeting, there were calls for increased funding for WADA and for a beefed-up investigative arm that would allow the agency to pursue evidence of cheating instead of waiting for the media and others to uncover it.

All in the works, Reedie promised.

But the Olympics are less than three months away, and Scott may have best framed the bottom-line concern.

"The anti-doping movement requires athletes to believe it's working," she said. "If we don't lead investigations, and not just follow up on TV programs - if we don't sanction (athletes and countries), then we lose belief not only in the system, but in the idea that winning clean is possible."