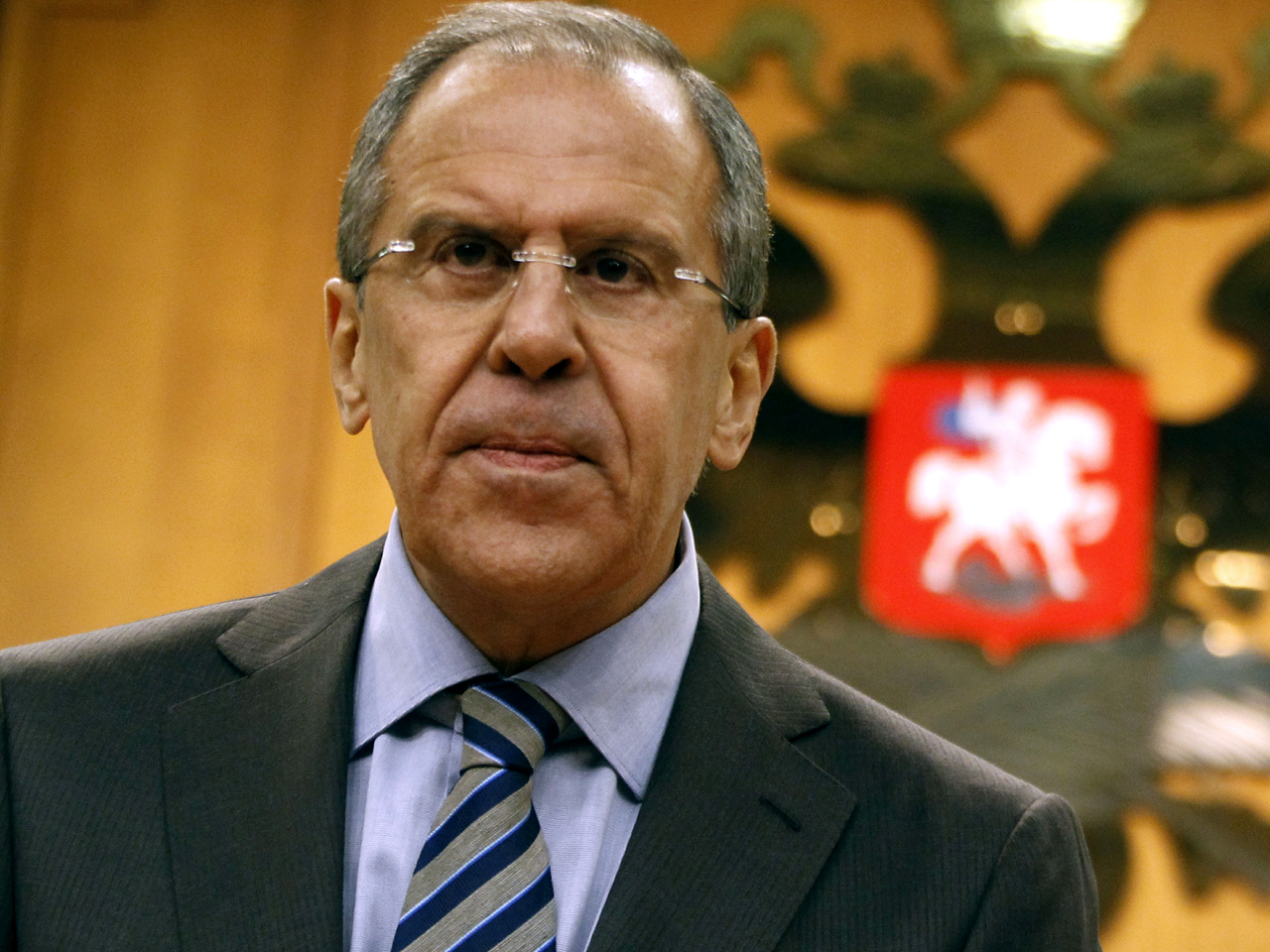 (CBS/AP) MOSCOW - Russia on Thursday said it would not endorse a call for Syrian President Bashar Assad to give up power and criticized as inappropriate claims that it had agreed to plans by international envoy Kofi Annan for a new national unity government in Syria that could include the opposition.

Foreign Minister Sergey Lavrov insisted that major powers meeting Saturday in Geneva for talks on Syria must concentrate on convincing opposition groups to soften their demands. He also denied a claim by a senior U.S. official that Annan said Russia was among the backers of a plan for a new government to oversee the drafting of a new constitution and eventual elections.

"We are not supporting and will not support any external meddling," he said. "External players must not dictate ... to Syrians, but, first of all, must commit to influencing all the sides in Syria to stop the violence."

Diplomatic hopes have rested on Russia — Syria's most important ally, protector and supplier of arms — to agree to a plan that would end the Assad family dynasty, which has ruled Syria for more than four decades. But the country — one of the five permanent U.N. Security Council members along with Britain, China, France and the U.S. — has warned it would firmly oppose any document urging Assad to step down.

Moscow also has rejected efforts by outside forces to end the country's bloody conflict or any plan to force regime change in Damascus, insisting that any plans for the future rest entirely with Syria.

Syrian National Council spokesman George Sabra said Thursday that the SNC - the largest Syrian opposition group - "has not yet received the details of Annan's proposal about the transitional government and therefore it cannot respond to that proposal," but the SNC has flatly rejected any plan that fails to call for Assad's immediate removal from office.

U.S. Secretary of State Hillary Rodham Clinton, speaking at a press conference in Riga, Latvia, during a European tour that will take her to Russia, said Thursday that "it was very clear from the invitations that were extended ... that people were coming on the basis of the transition plan that (Annan) had presented."

"I will discuss these issues with Russian Foreign Minister Sergey Lavrov in St. Petersburg tomorrow and then I look forward to participating in a meeting organized by Joint Special Envoy Annan in Geneva on Saturday," she said.

"We want this meeting in Geneva... to provide an opportunity to make real progress in supporting and implementing (Annan's) six-point plan and the roadmap for transition that he has laid down," she said.

It was not clear if Moscow has rejected Annan's plan altogether or has simply not agreed to its final form yet.

Lavrov said that diplomatic efforts should focus on urging the opposition groups to "refuse from their uncompromising approaches and, in accordance with the Kofi Annan plan, sit down for negotiations with the government."

"Iran is undoubtedly a powerful player in the whole situation," Lavrov said. "Leaving it out of the loop of the Geneva meeting is a mistake."

A senior U.S. diplomat, speaking on condition of anonymity because the official was not authorized to discuss diplomatic negotiations, had said Annan assured the United States that world powers gathering in Geneva had endorsed the plan and that Russia was among its backers.

Also Thursday, a Russian defense official reportedly said that three Syrian attack helicopters that have been refurbished in Russia will be sent to Syria. Last week, a cargo ship carrying the helicopters to Syria was forced to turn back after its British insurer removed the coverage for the vessel.

Alexander Fomin, the Russian defense official, was quoted by the Ria Novosti news agency as saying that Russia plans to deliver the helicopters, without specifying how or when. "Syria is our friend," he was quoted as saying. "And we fulfill all obligations we make to our friends."

Russia has said that the helicopters had been supplied to Syria during Soviet times and refurbished under a 2008 contract.

Russia has been a key source of weapons for Syria in the past four decades, and Damascus has acquired billions of dollars' worth of combat jets, helicopters, missiles, armored vehicles and other military gear from Moscow. Moscow has continued to provide Damascus with arms, despite Western calls for a halt in supplies.

In recent weeks, Syria started using its helicopter gunships to besiege opposition areas — something it had appeared reluctant to do before.