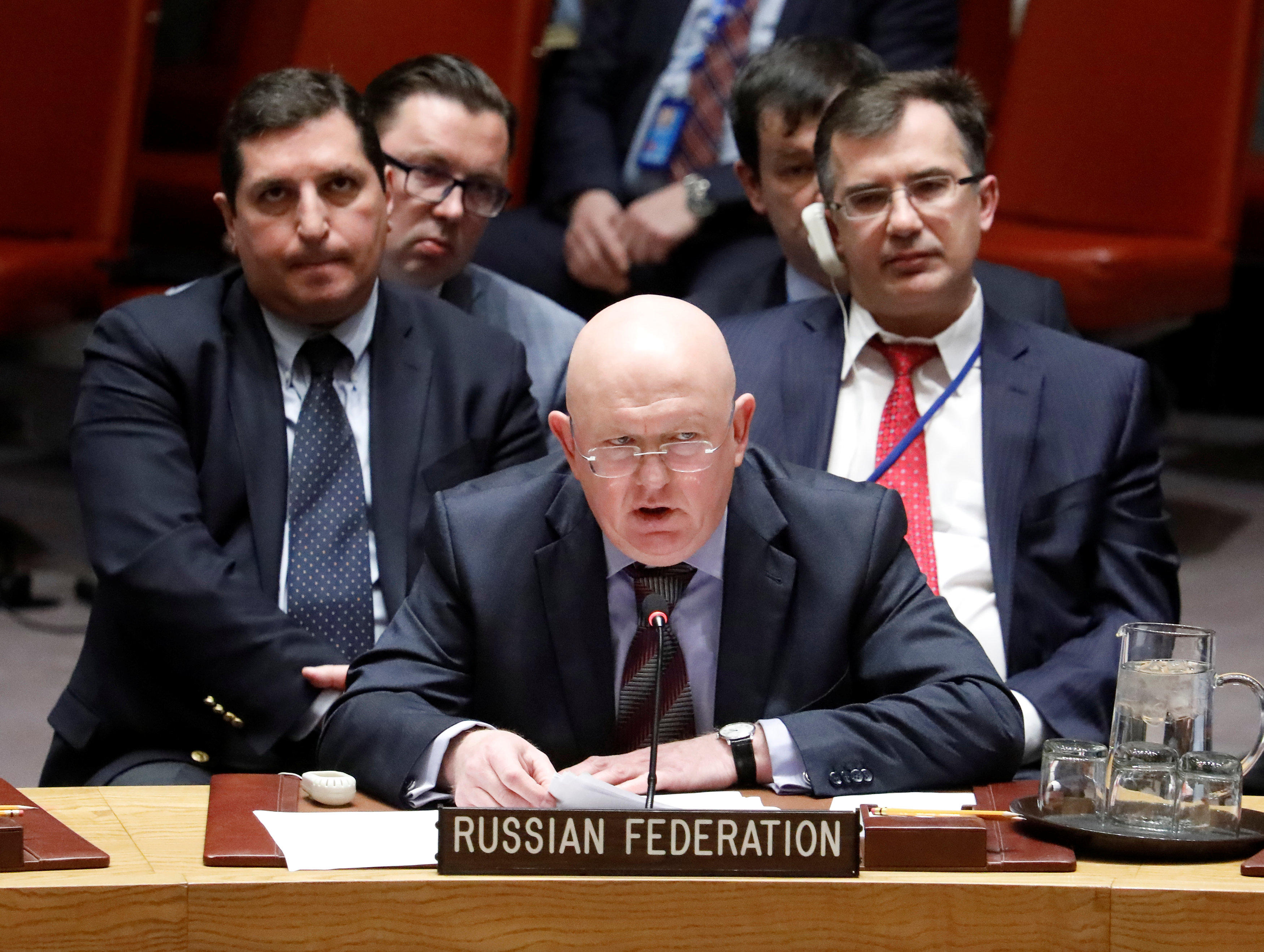 UNITED NATIONS -- At the United Nations on Thursday, Russia will be pushing back after the U.K. accused Moscow of using a nerve agent to poison a former spy and his daughter in Britain last month. Russia called for an open meeting Thursday afternoon of the U.N. Security Council to refute the poisoning allegations.

Requesting the meeting, Russia's ambassador to the U.N. Vassily Nebenzia wrote to the Security Council president, saying the use of chemical weapons by anyone anywhere is "inadmissible and must be investigated and punished."

Russia's requested meeting Thursday takes place one week before the results of tests of samples collected from individuals exposed to a nerve agent in Salisbury are expected to be sent to the UN's Secretariat by the Organization for the Prohibition of Chemical Weapons (OPCW).

On the basis of the investigation, the U.N. Secretariat will produce a report, Ahmet Üzümcü, the Director-General of the OPCW said.

The OPCW report comes after Russia and the U.K. traded barbs this week Wednesday at the Organization's meeting in The Hague in which Moscow accused British and U.S. secret services of being responsible for the poisoning of the former Russian spy.

In addition to the samples collected from Sergei Skripal and his daughter, samples were also collected from a third individual – a police official – reportedly exposed to the chemical.

Russia's ambassador said the meeting was called on the basis of a letter sent by British Prime Minister Theresa May, which states that the British government believes that it is "highly likely" that the Russian Federation was responsible for this attack.

"The United Kingdom police have conducted a thorough investigation, which has identified that the chemical that was used in Salisbury was a specific nerve agent from a class of chemical warfare agents known as novichok. These were originally developed by the Soviet Union, and then inherited by the Russian Federation," the letter stated.

According to Russia's state television, RT, Russia's U.N. Ambassador was prompted to request the meeting after the British Foreign and Commonwealth Office deleted a March 22 tweet in which it claimed experts at their chemical weapons laboratory confirmed the substance that allegedly poisoned the former Russian spy and his daughter was military-grade nerve agent produced in Russia.

Russian officials, including its Foreign Minister, have said that Russia had nothing to do with the poisoning of the former Russian spy in Britain.

"Calling for a SecurityCouncil meeting today is another step in the pattern of obfuscation and contempt for international institutions that we have sadly seen all to much of from the Russian Federation recently," Pierce said.

"There's a part of me that's tempted to say bring it on. We are confident of our position, we have set it out very clearly. The next stage if for the OPCW to give us the results of their independent expert analysis."

At a mid-March meeting of the Security Council, U.S. ambassador Nikki Haley told the Council "the United States believes that Russia is responsible for the attack on two people in the United Kingdom using a military-grade nerve agent."

"Russia must fully cooperate with the UK's investigation and come clean about its own chemical weapons program," Haley said.