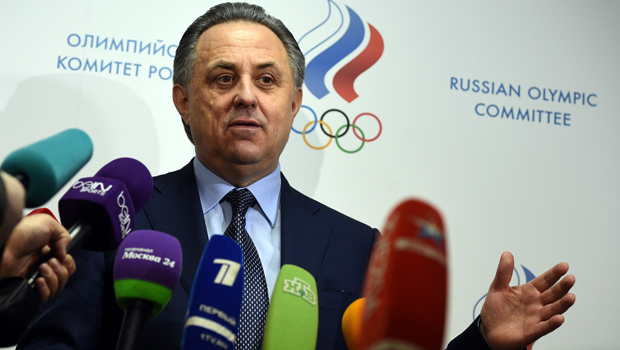 MOSCOW -- Russia says it supports retesting drug test samples from the 2014 Sochi Olympics after accusations it operated a mass doping program at the games.

But based upon what CBS News has learned from a now-tainted Russian lab's former director, any positive drug tests disappeared a long time ago.

Stepanov allowed "60 Minutes" to listen to 15 hours of conversations he secretly recorded with Rodchenkov.

In the recordings, Rodchenkov named Russian gold medalists in three sports -- bobsled, skeleton and cross-country skiing -- whose dirty drug tests he helped cover up, "60 Minutes Sports" correspondent Armen Keteyian reports. It was all part, Rodchenkov said, of an elaborate scheme to protect Russia's Olympic medal winners, with the help of his country's intelligence service, known as the FSB.

The FSB figured out a way to open bottles considered to be tamper-proof containing urine from drug-tainted athletes, Keteyian reports. Then they filled the bottles with clean urine collected from athletes before they started doping.

Rodchenkov said he then had two weeks after the Sochi games to make sure, in his words, people turned out to be clean before test samples were sent to the International Olympic Committee in Switzerland for storage, Keteyian reports.

On Wednesday, CBS News learned that the FBI is investigating allegations surrounding the Russian doping scandal, according to someone familiar with the investigation.

On Thursday, CBS News learned a recent review of blood tests in at least one Olympic event at Sochi has revealed evidence of test tampering involving Russian athletes.

Rodchenkov has offered to assist in retesting, and to identify any samples which may have been tampered with. The International Olympic Committee said on Friday it will discuss the offer with the World Anti-Doping Agency.

Russian officials have denied operating a doping program or influencing the testing, and Mutko's deputy, Yuri Nagornykh, has suggested Russia could sue the New York Times after a Times report about Russian doping named three gold medalists who have denied using performance-enhancing substances.

Mutko suggested on Saturday that, instead of Russia, the IOC and WADA should be facing questions over Rodchenkov's allegations.

"He's a professional, worked for a hundred years in this system. And now he's putting pressure on the whole IOC and WADA system," Mutko said.