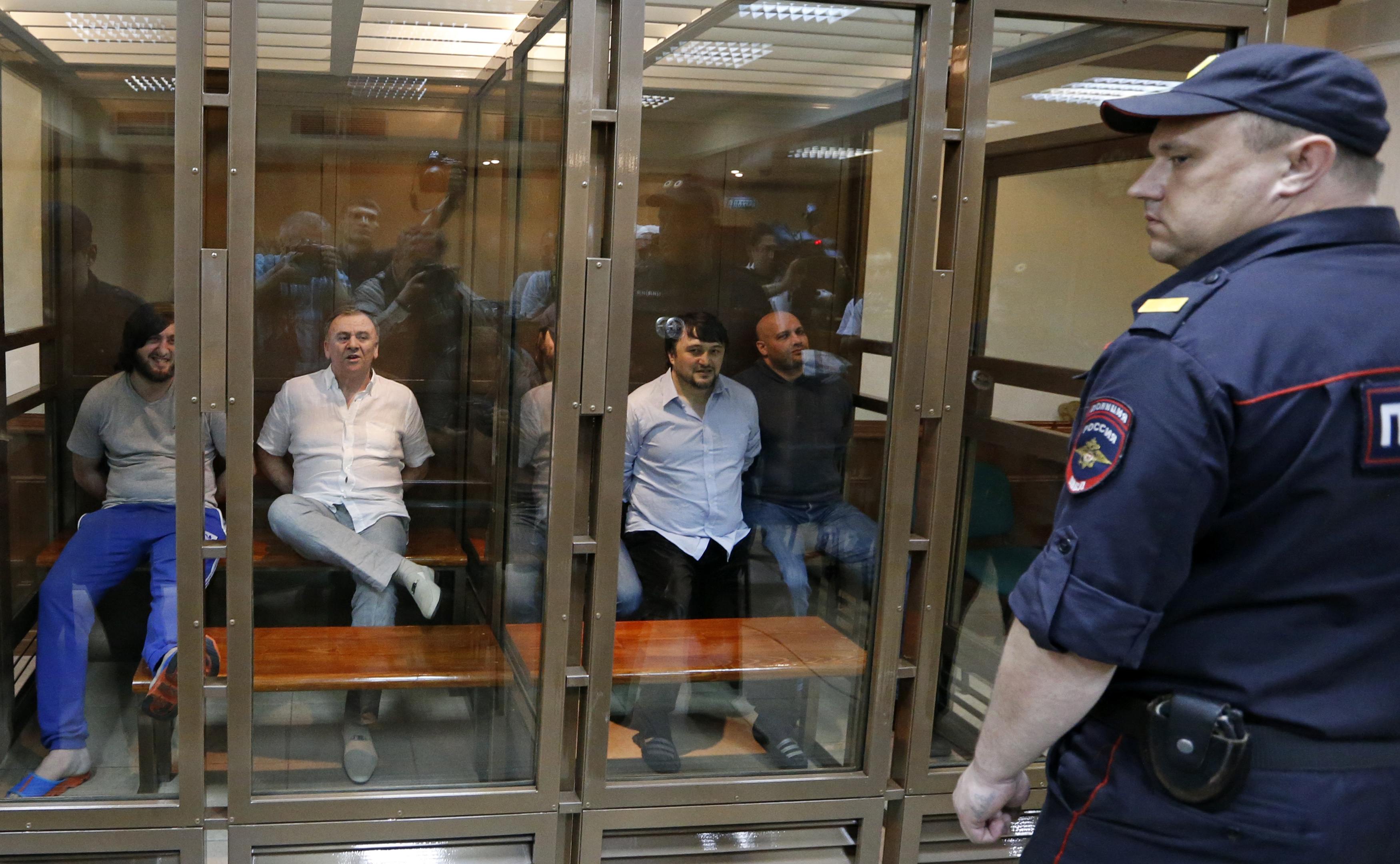 MOSCOW -- A Russian court has sentenced two men to life in prison and three others to terms ranging from 12 to 20 years for the 2006 killing of renowned journalist Anna Politkovskaya.

All five were convicted last month.

Gunman Rustam Makhmudov and Lom-Ali Gaitukayev - who was convicted of organizing the shooting - were sentenced to life on Monday.

Two of Makhmudov's brothers were sentenced to 12 and 14 years and a former Moscow policeman Sergei Khadzhikurbanov was given 20 years as accomplices.

Russia's Investigative Committee says it is still trying to determine who ordered the killing.

Politkovskaya, 48, was gunned down in her Moscow apartment building and her body was found in the building's elevator.

She was internationally renowned for her reports in the newspaper Novaya Gazeta on violence, police oppression and corruption in Chechnya and other parts of the Russian Caucasus gripped by an Islamic insurgency. She was a sharp critic of the Kremlin and of its appointed strongman in Chechnya, Ramzan Kadyrov.

The brutal attack drew worldwide attention to violence against journalists in Russia. Journalism watchdog groups have rated Russia as one of the most dangerous countries in the world for reporters. Suspicions of government involvement in the killing were widespread, reinforced by the handling of the case since then.

Two of Makhmudov's brothers and another man were accused of playing support roles in the killing, including as lookout and getaway driver. A court found them not guilty in 2009, but the Russian Supreme Court overruled the acquittal and sent the case back to prosecutors.