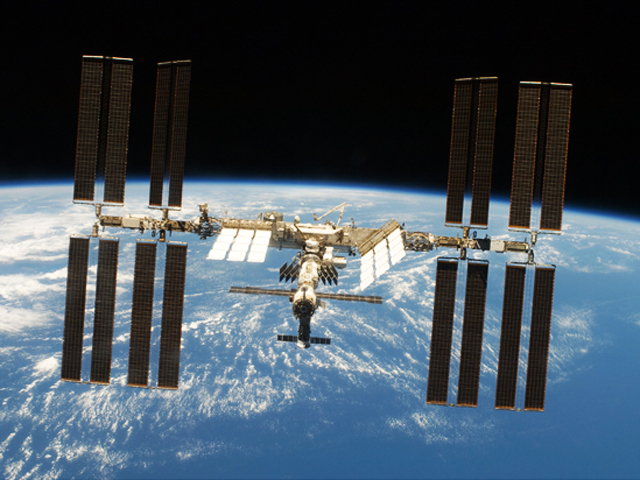 Russia and its partners reportedly plan to let the International Space Station fall into the ocean when it reaches the end of its lifecycle. Agence France-Presse reports that the Russian space agency's reason is simple: left alone, the ISS poses great risk as an enormous bundle of space junk.

"After it completes its existence, we will be forced to sink the ISS. It cannot be left in orbit, it's too complex, too heavy an object, it can leave behind lots of rubbish," according to the deputy head of Russia's space agency, Vitaly Davydov.

However, it's still unclear whether a final decision has been made to junk the space station. CBS News space analyst William Harwood notes that the ISS, which is currently funded through 2020, would need more funding if it goes beyond that date. It's unclear whether the partner nations are of a mind to pony up more money given shrinking budgets and other pressing domestic priorities. When President Obama came into office, the ISS was only funded through 2015. He included funding through 2020 in the fiscal 2011 budget.

But whenever funding runs out, they will, in fact, crash it into the atmosphere so the debris falls in the Pacific, well away from populated areas. That's standard procedure for something like this, according to Harwood

"They can't just leave it up on its own; everything in low-Earth orbit will eventually fall back to Earth," Harwood notes. "With something as large as the station, they'll do a targeted re-entry to make sure it doesn't rain down on, say, New York."

The ISS, home to scientific experiments since its launch in 1998, orbits 220 miles above Earth's surface and hosts researchers hailing from Russia, the U.S., Europe, Japan and Canada.

It's also had its own scary brushes with space junk. Just last month, a piece of debris came so close to the station that the six-member crew prepared to use their rescue craft.

The ISS was originally planned to operate through 2013 but its service was officially extended last year. Whenever its final plunge arrives, the ISS will follow in the footsteps of its predecessor, Russia's Mir, which was sunk into the Pacific Ocean in 2001.

The ISS is the fruit of a multinational collaboration, which included elements developed by space station projects from the United States, Russia and Japan. Since then, the ISS project has been extended to include the Canadian Space Agency and the European Space Agency. The first module was launched into space in 1998 and hosted its first astronauts on November 2, 2000.

At one point in its history, the ISS was talked about as a possible staging base for future missions to the Moon and Mars. But those plans went by the by as the U.S. shifted its plans for space exploration toward the use of unmanned probes. Indeed, last week, NASA marked the return of its final space shuttle from a trip to the ISS.

With one of its main customers calling it quits, the concept of an orbiting space station - not to mention the concomitant expense to maintain the base - has lost much of its allure. As circumstance would have it, questions about the future of the space station comes on the heels of China's announcement that it is pushing forward on readying its first space station module for launch.

Will the ISS's eventual replacement remain close to home, or operate in deeper space? It's unclear at this point, especially with the uncertainty following NASA's final manned shuttle mission. Whatever happens, it's clear that astronauts don't want to worry about mankind's previous experiments in space exploration threatening future missions -- or activity here on Earth.