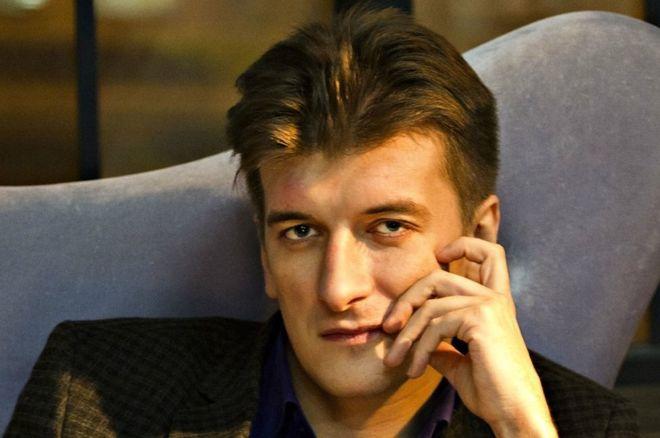 A Russian journalist who reported on political scandals linked to President Vladimir Putin's associates and the death of Russian mercenaries in Syria has died in hospital after a mysterious fall from his apartment. CBS News partner network BBC News reports that neighbors found Maxim Borodin badly injured on the ground outside his fifth floor apartment in Yekaterinburg on April 12.

Local and regional authorities told the BBC that no suicide note was discovered and the door to his apartment was found locked from the inside. They said no criminal activity was suspected.

But Vyacheslav Bashkov, a friend of the deceased journalist, told the British network that Borodin had called him early on the morning of April 11, saying there was "someone with a weapon on his balcony and people in camouflage and masks on the staircase landing."

Bashkov described Borodin as a "principled, honest journalist," and told the BBC he called back later on the 11th to say he must have been wrong about his apartment being surrounded around 5 a.m., and that the mysterious armed individuals were apparently taking part in a security exercise.

The representative for media freedom at a European security organization told the BBC that Borodin's death should be investigated.

Harlem Désir of the Organization for Security and Co-operation in Europe said the circumstances of the death were "of serious concern."

Borodin had reported recently on the death of hundreds of Russian mercenaries killed in U.S. airstrikes in northern Syria, after U.S.-allied forces came under attack in the region.

He had also investigated the bizarre story of a Belorussian sex worker arrested in Thailand who claims to have recorded conversations with a Russian oligarch which prove Russia meddled in the 2016 U.S. presidential election.

In October last year, a prominent journalist for one of Russia's leading news radio stations was stabbed in the throat by an unknown attacker who burst into her studio. Tatyana Felgenhauer is the deputy editor of Ekho Moskvy, often described as Russia's only independent news radio station.

Another popular Ekho Moskvy host, Yulia Latynina, fled Russia in September following a suspected arson attack on her car. After that attack, the Committee to Protect Journalists urged Russian authorities "to identify and prosecute those responsible for the attacks."

Russia's myriad state-owned media have long targeted Ekho Moskvy for its critical reporting of the Kremlin.

Felgenhauer survived, but the attack on her was only the latest -- unless the circumstances of Borodin's death are linked to crime -- in a series of as-yet unsolved attacks on Russian journalists.