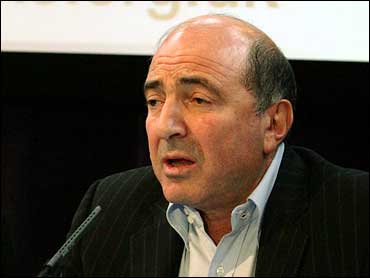 Self-exiled oligarch Boris Berezovsky has won his libel case against a Russian broadcaster that accused him of masterminding the murder of a former Russian agent in London.

The 63-year-old tycoon sued All-Russian State Television and Radio Broadcasting (RTR) for a 2007 show that accused him of being behind the poisoning death of renegade Russian agent Alexander Litvinenko more than three years ago.

Berezovsky, a friend and supporter of Litvinenko, said the allegation was outrageous. The court awarded him 150,000 pounds (about $225,000) in damages Wednesday.

RTR boycotted the trial, claiming that the court had effectively robbed it of the opportunity to defend itself. The broadcaster last week demanded the case be thrown out.