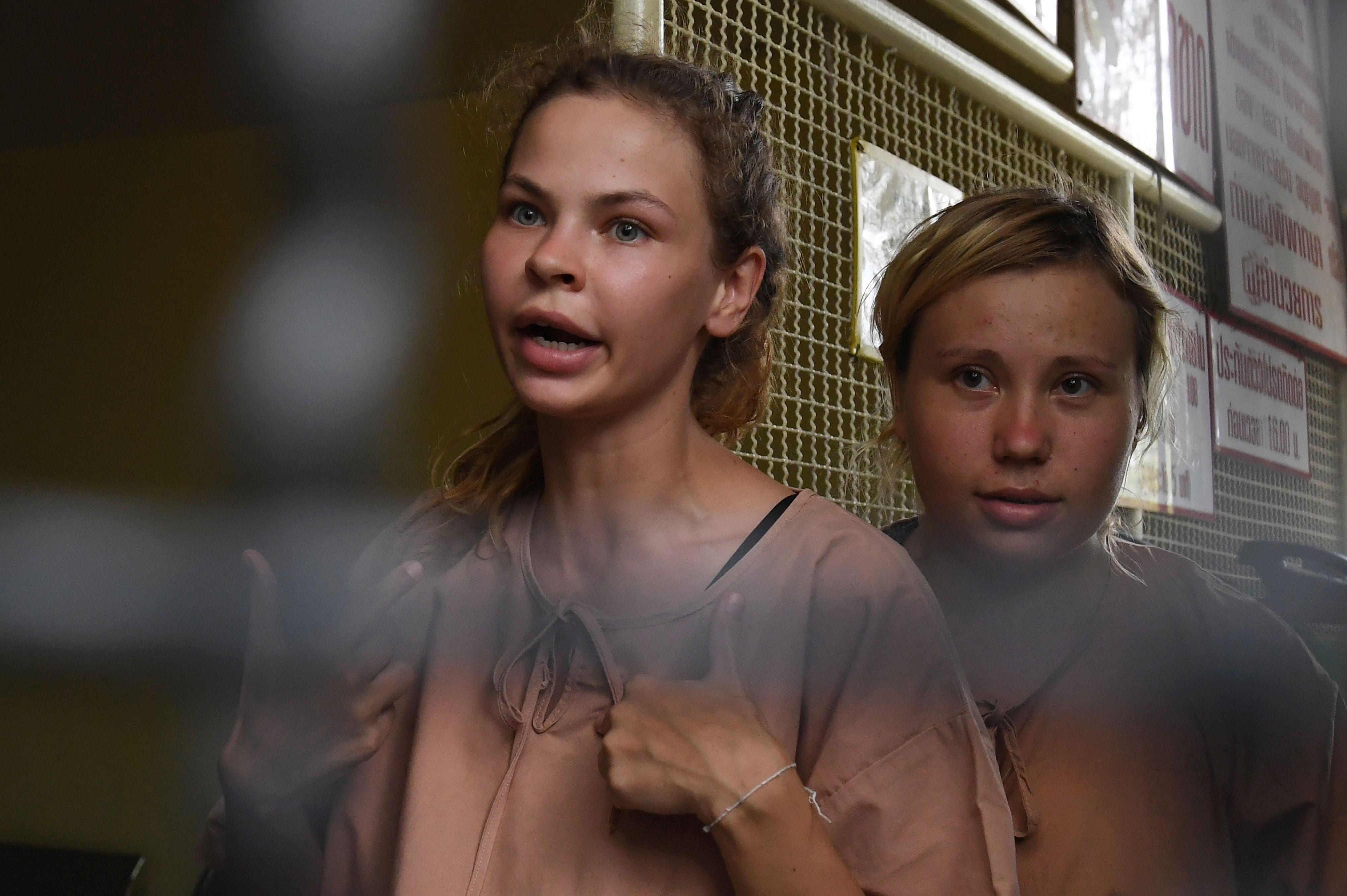 PATTAYA, Thailand -- A Russian sex guru and his followers, one of whom claims to have evidence of Moscow's interference in the 2016 U.S. presidential election, emerged briefly on Tuesday for a Thai court hearing after being held virtually incommunicado in an immigration jail. The group's leader, Alexander Kirillov, and the woman making the election claims, Anastasia Vashukevich, were among about half a dozen people taken to a court in the resort town of Pattaya, where they were arrested Feb. 25 while holding a sex training course.

Unashamed sexual activity is business as usual for Pattaya, which is infamous for its sordid nightlife, but the allegations by Vashukevich, who uses the name Nastya Rybka on her racy social media postings, have drawn worldwide attention. She says she provided "escort" services to Oleg Deripaska, a Russian oligarch close to President Vladimir Putin, and claims to have audio recordings of him that provide evidence of meddling in the U.S. polls.

Tuesday's court calendar said they were there for testimony over the charge that they conducted the course without a work permit. The session was closed and it was unclear if they had legal representation. Foreigners found working without a work permit can face fines of up to 100,000 baht ($3,200) and imprisonment for up to five years.

Police last week added additional charges against them of soliciting, which carries a maximum prison term of 10 years, and conspiracy, with up to seven years.

Kirillov, also known as Alex Lesley, and Vashukevich managed to smuggle out a letter after they were arrested which was delivered by a friend to the U.S. Embassy in Bangkok, asking for asylum and saying they had important information about the U.S. election.

They also said they feared for their personal safety, especially if deported to Russia. Vashukevich repeated her claims in comments to reporters before Thai authorities cut off media access to her in the immigration detention center in Bangkok where the group is being held.

The two were able to briefly shout back answers to reporters' questions as they arrived Tuesday at the court in Pattaya.

Asked what he wished to tell the U.S., Kirillov responded in English: "Help us. Help us any way because we don't know what is happening."

Vashukevich, who has complained about the legal process, made reference to the latest charges. "Because they close first case and open new one. For nothing. No evidence. Nothing," she said in English.

The group was arrested during one of its fully clothed "lessons" in a hotel meeting room which was attended by about 40 Russian tourists, many wearing T-shirts saying "Sex animator" in English with an arrow pointing to the wearer's crotch.

The report featured video from Deripaska's yacht in 2016, when Vashukevich claims she was having an affair with him and allegedly recorded him talking about Russian interference in U.S. politics.

Deripaska has been linked to Paul Manafort, the former Trump campaign manager who has been indicted on money laundering charges in special counsel Robert Mueller's investigation into Russian meddling in the 2016 U.S. election.