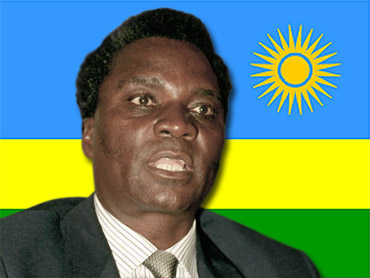 French authorities on Tuesday briefly detained the widow of Rwandan President Juvenal Habyarimana, who is being sought by Rwanda on charges related to the nation's 1994 genocide, officials said.

Agathe Habyarimana was taken into custody at her home in Courcouronnes, south of Paris, on a Rwandan warrant, said a judicial official who was not authorized to speak publicly on the matter and could not be named.

She was released on condition that she remain in France and check in with local police every month, the official said. Habyarimana told prosecution officials she would fight Rwandan attempts to extradite her, a statement from the prosecutor's office said.

Rwanda welcomed the arrest, conducted just days after French President Nicolas Sarkozy visited Rwanda to repair long-troubled ties, saying that Paris wanted "all those responsible for the genocide to be found and punished," including those believed to be living in France.

A French advocacy group for genocide survivors describes France as a "haven" for those who helped perpetrate the killings, and it has filed 16 lawsuits against people living here, including Habyarimana. The group's leader, Alain Gauthier, cautiously welcomed her arrest.

But extradition proceedings "could drag on for a long time, and could end with a refusal to hand her over," Gauthier said.

The genocide was sparked when a plane carrying President Habyarimana was shot down as it approached Kigali, Rwanda's capital.

Some 500,000 people, mostly ethnic Tutsis but also moderate Hutus, were massacred by radical Hutus in less than 100 days. The massacres ended when Tutsi-led rebels under current President Paul Kagame defeated the Hutu extremists in July 1994.

Agathe Habyarimana - a Hutu like her husband - was helped out of Rwanda by French forces on April 9, 1994, and lived in what was then known as Zaire, now called Congo, before moving to France.

But in 2004 France rejected her request for political asylum, alleging she was at the heart of the regime responsible for the genocide. A court last year denied her appeal, saying her arguments

that she had no power and merely took care of her house and family - were not credible. The ruling, based on documents and testimonies, said she had de facto authority in state affairs.

Her lawyer denounced Tuesday's arrest. Philippe Meilhac said Habyarimana wanted "to explain herself before a justice system (that is) independent," but would not consent to be extradited.

The international arrest warrant issued in October 2009 by Rwandan Prosecutor General Martin Ngoga sought Habyarimana on charges including "genocide" and "crimes against humanity."

A French court is expected to hear the extradition case in the coming month. For that to happen, Rwandan authorities must hand over a formal extradition request, the Paris prosecutor's office said.

Jean de Dieu Mucyo, the head of Rwanda's National Commission for the Fight against Genocide, claimed Tuesday that Agathe Habyarimana was the "main architect" of the genocide. He said he was waiting to see whether France would send her to Rwanda to face trial or try her on French soil. France also is pursuing its own probe in the case, based on the lawsuit by the French advocacy group for genocide survivors.

The Rwandan government praised the French decision to detain Habyarimana. "We are encouraged by these new developments and the fact that the long arm of the law has finally taken its course," Justice Minister Tharcisse Karugarama said.

Rwanda has alleged a French role in the genocide, often accusing France of training and arming the militias and former government troops who led the genocide. In 1998, a French parliamentary panel absolved France of responsibility in the slaughter.

Sarkozy, the first French head of state to visit Rwanda in 25 years, has referred to "serious errors of judgment" and "a form of blindness when we didn't see the genocidal aspect of the government of the president who was assassinated