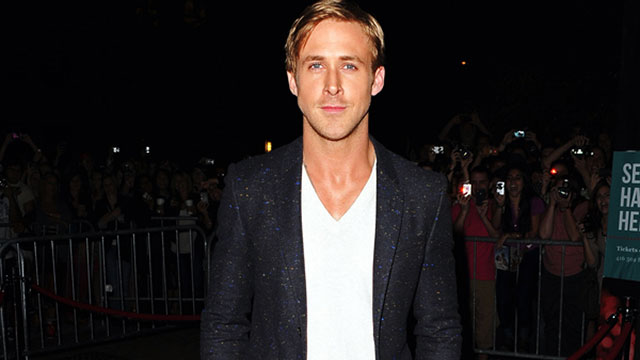 Though you'd have to search hard for an actor more in-demand than Ryan Gosling, it turns out the 32-year-old leading man is ready for a break.

"I've been doing it too much," he tells AP Entertainment's Jake Coyle of acting. "I've lost perspective on what I'm doing. I think it's good for me to take a break and reassess why I'm doing it and how I'm doing it. And I think this is probably a good way to learn about that. I need a break from myself as much as I imagine the audience does."

He also admits to being apprehensive about the choices he's currently making when it comes to his much-admired career.

"The more opportunities I'm given, the more I learn about how easy it is to (expletive) it up," he says. "You fight for freedom and then you get it, and then you have enough rope to hang yourself. It's like trying to exercise some restraint because I do have so much freedom."

But though Gosling is going on a self-imposed break, audiences can still get their fix of him with two of his films scheduled to be released this spring, one of them being the buzzed-about "The Place Beyond the Pines." In the film, out March 29, he plays a motorbike rider turned bank robber, and admits that he "totally overdid it" with the tattoos.

"I said to [director Derek Cianfrance], 'I got to lose this face tattoo. It's the worst. It's so distracting and it's going to ruin everything.' And he said, 'Well, I'm sure that's how people with face tattoos feel. So now you have to pay the consequences of your actions.' So I had to do the whole film with it and now see it on posters. It gave me a sense of shame that I feel was inherent to the character."

About this type of obsessiveness when it comes to getting into character, he says that he still hasn't quite found a balance.

"I don't know what I'm doing," he says. "I haven't quite figured out what the balance is between being able to be lost in it -- or try to, anyway -- and then step outside of it."

But much to the disappointment of his female fans, one character he says he definitely isn't?

Noah in "The Notebook."

"By virtue of being in a movie like that, it just changes people's perception of you," he says. "But it doesn't make it true."