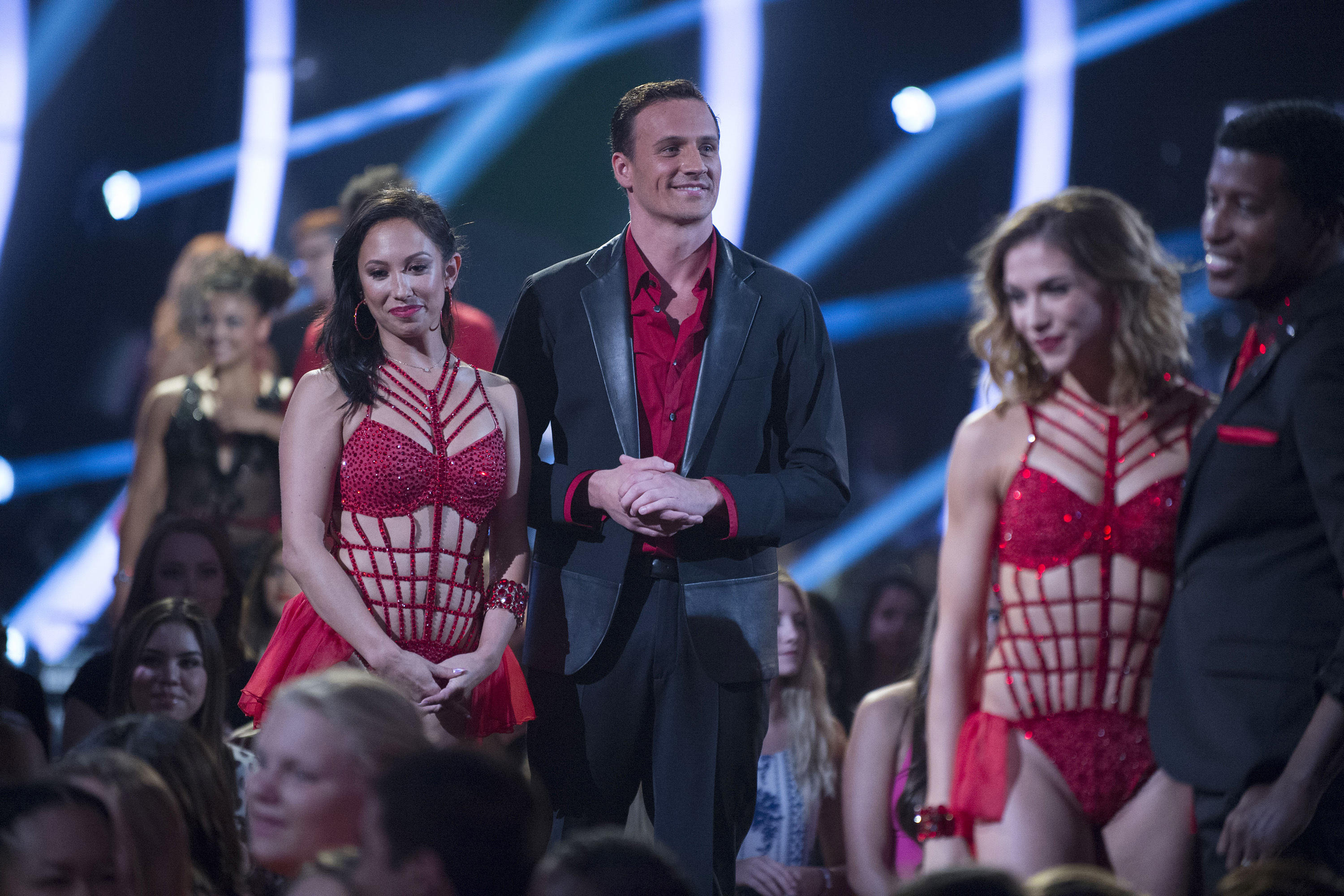 LOS ANGELES -- Ryan Lochte says he feels “a little hurt” after two men were arrested for allegedly rushing the stage following his performance on “Dancing with the Stars.”

They had rushed the stage while Lochte was getting his scores from judge Carrie Ann Inaba for his debut performance during Monday night’s live installment of the celebrity ballroom dance competition.

“Hey, back off,” Inaba said as the altercation was occurring off-screen.

When the show returned, “Dancing with the Stars” host Tom Bergeron explained they were interrupted by “a little incident” and thanked the ABC series’ security team “for staying in shape.”

The two men were detained by security until police arrived to take them into custody, Lopez said. He didn’t have their names.

No one was injured or listed as a victim in the incident, Lopez said.

The swimmer told Bergeron that “so many feelings are going through my head right now.” Lochte added that he was “a little hurt, but I came out here. I wanted to do something I’m completely not comfortable with, and I did.”

During the episode, the Olympic medalist performed a foxtrot routine with professional partner Cheryl Burke to “Call Me Irresponsible.” They received a combined score from the judges of 24 out of 40.

Inaba posted an Instagram on the incident following the show:

Lochte and teammates were involved in an early-morning drunken encounter at a Rio de Janeiro​, Brazil, gas station​ during the Olympics before claiming they were threatened and robbed.