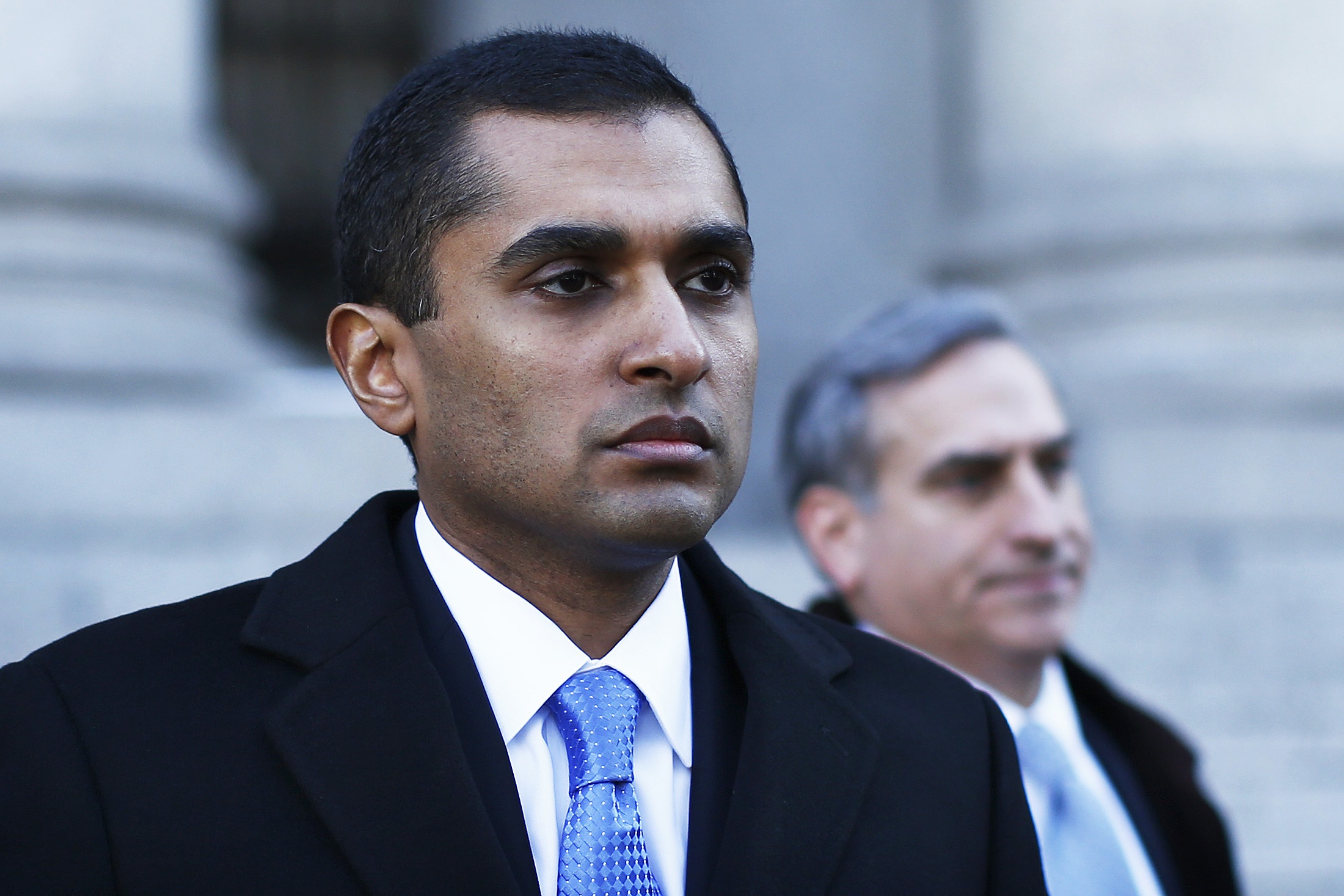 A federal jury in Manhattan found Martoma, 39, guilty on all three of the conspiracy and securities fraud charges that he faced, over a scheme that allowed SAC Capital to make profits and avoid losses of $275 million.

The verdict was the eighth insider trading conviction of a current or former employee at SAC Capital, the $14 billion hedge fund that has long been in federal authorities' cross-hairs.

As news photographers snapped pictures, Martoma walked stone-faced out of the courthouse and into a waiting SUV with his wife and defense team. They did not speak to reporters. "We are very disappointed and we plan to appeal," his lawyer, Richard Strassberg, said through a spokesman.

The conviction continued an unbroken winning streak at trial for federal prosecutors in New York, who have secured guilty pleas or verdicts against 79 individuals since October 2009 as part of a broad crackdown on insider trading on Wall Street.

"In the short run, cheating may have been profitable for Martoma, but in the end, it made him a convicted felon, and likely will result in the forfeiture of his illegal windfall and the loss of his liberty," U.S. Attorney Preet Bhararasaid in a statement.

A representative of SAC Capital declined to comment after the verdict.

Martoma was accused of seeking out confidential information from doctors involved in a clinical trial of an Alzheimer's drug being developed by Elan Corp. and Wyeth, now owned by Pfizer.

Based on a tip about negative trial results for the drug, SAC Capital in July 2008 began selling off its $700 million position in Elan and Wyeth before the data was made public later that month.

During the trial, prosecutors said that most of the trading took place in accounts controlled by Cohen, 57. They also said that Martoma had a 20-minute phone call with Cohen after receiving information about the negative results.

Cohen has not been charged with a crime and has denied wrongdoing.

Strassberg, Martoma's lawyer, said during the trial that prosecutors erred in bringing the case "in their haste to make a case against someone who is not even in this courtroom: Mathew Martoma's boss, Steven Cohen."