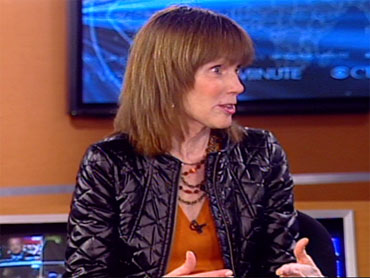 It may be time to rethink the way we handle our food. Millions of Americans are sickened each year by food born illnesses and many of those cases could be avoided if people cooked or washed their food more thoroughly. Sue Perry, Deputy Editor of ShopSmart tells us how they've rewritten the rules of food safety.

It's easy to cross-contaminate foods. So, keep raw foods separate from cooked and prepackaged foods. It could be especially dangerous if bacteria from raw food touches ready-to-eat foods.

Be sure to wash often with warm, soapy water for 20 seconds before and after handling food. Also wash dishes, platters, and cutting boards with hot, soapy water after preparing each food.

Cleaning your food properly is also important. If you're eating produce raw, always wash it before you cut it to get rid of external bacteria and dirt. Use a scrub brush to get into the nooks and crannies of rough items such as cantaloupes. Don't neglect to was all melons, as well as fruits with peels. All fruit skins can carry bacteria that can spread during eating, cutting or peeling. Also, remove the outer leaves of leafy vegetables such as salad greens where dirt can be hanging out. And wash greens even if they come in a bag or plastic clamshell that says they've already been washed.

Always thaw frozen foods in the fridge, in a bowl of cool water, or if you need it fast, in the microwave oven, but then cook it right away. Never thaw on a countertop. While the inside is still frozen, the outside can warm up, creating a bacteria breeding ground.

Handling leftovers correctly is important. Refrigerate or freeze leftovers within 2 horus of serving to reduce your risk of foodborne illnesses. If hot, refrigerate them in several shallow containers instead of one large clump to allow them to cool down quickly. You have three to four days to safely finish eating them.