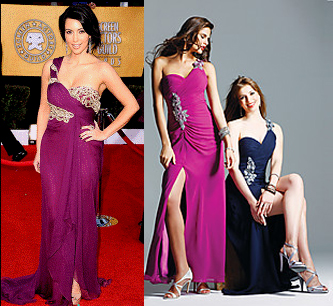 NEW YORK (CBS) During awards season, entertainment lovers debate which films will win, who will be nominated and whether stars looked "hot" or "not" on the red carpet.

It's that last one that grabs the attention of the ready-to-wear clothing industry, which checks out the red carpet and then offers up similar looks on a non-couture budget.

What do you think of the red carpet fashions and their off-the-rack alternatives? Take a look at the photos and share your thoughts in the comments.