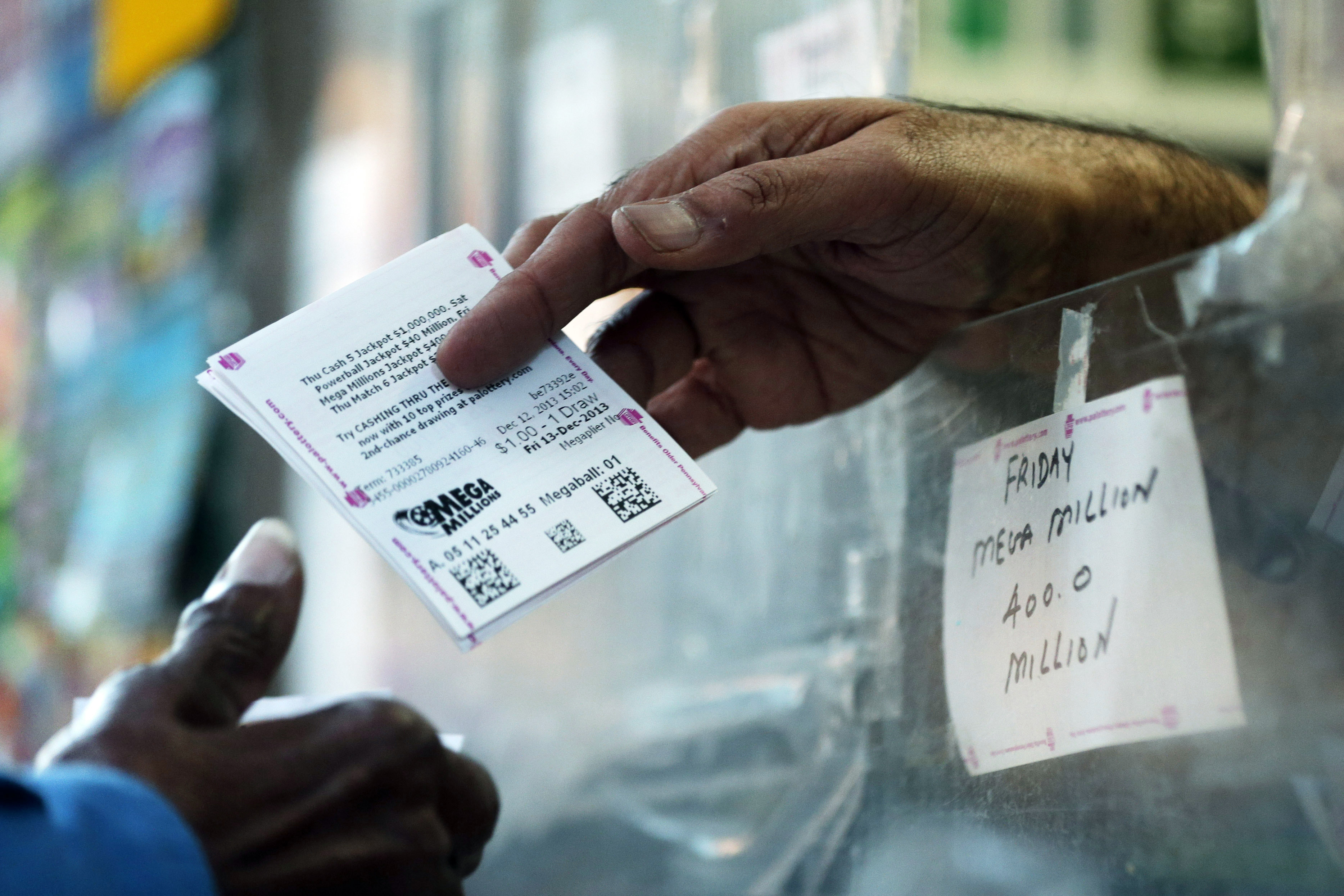 Paula Otto, the Virginia Lottery's executive director and Mega Millions' lead director, said that sales were 40 percent ahead of projections, prompting officials to boost the jackpot for the draw that night.

"Won't it be fun if we have a huge lottery winner on Friday the 13th?" she said. "I always say there are no unlucky numbers in the lottery. I work on the 13th floor of our building. I like 13. It's certainly fun to have such a big jackpot on a day that some people are superstitious about."

The estimated $425 million jackpot is the second-largest Mega Millions jackpot ever, trailing a $656 million jackpot won in March 2012, and it is the fifth largest lottery jackpot in U.S. history. The current jackpot has rolled over 20 times, and its winner could have a cash option of $228 million before taxes.

In New York state, tickets were selling at a pace of $500,000 an hour Friday morning. The state's lottery spokeswoman, Christy Calicchia, said sales are normally between $60,000 and $70,000 an hour.

"She's selling me the winner right now," he said to the store owner as he turned in a sheet with his family's birthdays on them. It's the numbers he uses all the time. Aside from his own personal ticket, he plays in a work pool that uses a combination of set numbers and the automated Easy Pick option.

"I actually think we have a better chance with the Easy Pick," he said. "But I don't care how we win, as long as we win."

A Mega Millions ticket still costs $1 after a major game revamp in October that decreased the odds of winning the jackpot to about 1 in 259 million.

The winning ticket must match the six numbers drawn. About 32 percent of the possible combinations of numbers have been sold. If no one wins Friday night, the jackpot will increase to $550 million, Otto said.

"The good news is, sales are strong. We're not in record territory yet but we probably will be this time next week if we're still taking about this jackpot," she said.

Mega Millions is played in 43 states, the District of Columbia and the U.S. Virgin Islands.