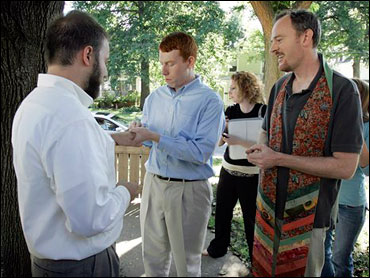 Iowa will in all likelihood remain the state that opens the process of nominating the Democratic and Republican candidates for president in 2008. As such, it is a "must visit" and "must impress" state for contenders in both parties.

Iowa is now something else, however.

With the decision of a county judge to strike down Iowa's law banning same-sex marriages, the state becomes a front-line battleground in America's ongoing political wrestling match over gay and lesbian rights.

When Polk County Judge Robert Hanson concluded that the state's prohibition on same-sex marriage is unconstitutional and ordered the county recorder in Des Moines to issue marriage licenses to six gay couples, he did not merely give an unexpected courtroom victory to plaintiffs likes Iowa City's Jen BarbouRoske, who declared Thursday, "This is kind of the American Dream."

Hanson also reshaped the presidential races of both parties.

Democratic and Republicans candidates will not be able to campaign in Iowa - as all will be doing in coming days and weeks - without addressing the ruling and the broader issue of same-sex marriage.

Of course, most of the candidates have already done this with varying degrees of specificity. But now they will be thrust into the center of a real-life struggle in a state where they will be spending a great deal of time between now and the day in December or January when Iowa's first-in-the-nation caucuses are held.

As Judge Hanson's ruling is appealed, and as conservative legislators move to counter it, the same-sex marriage debate will move much closer to the front of the agenda - not just in Iowa but, because of the caucuses, nationally.

That is especially true because Hanson's decision accepted the argument of Iowa attorney Dennis Johnson, who represented six same-sex couples who filed suit after they were denied marriage licenses.

Johnson, a veteran civil rights lawyer, made the case that Iowa's nine-year-old Defense of Marriage Act - which is similar to those on the books in other states and at the federal level - is at odds with the state constitution's equal protection and due-process clauses.

Johnson's point is a vital one that is not talked about enough in discussions of same-sex marriage that tend to focus more on personal morality than the rule of law. And it will frame a discussion that, particularly for Democratic candidates who have tended to support gay rights while shying away from embracing same-sex marriage, could take the whole debate to a new and much more serious place.

Both Democratic and Republican candidates will be forced to offer specific responses to precise legal arguments, as well as to the very human demands of men and women in Iowa who have gone public with their struggle for the right to marry their partners.

This is all the more the case in Iowa because the relatively low turnout for the state's caucuses heightens the influence on the Democratic side of grassroots activists who are far more supportive of same-sex marriage rights than party leaders, just as it heightens the influence on the Republican side of religious conservatives for whom - aside from their opposition to reproductive rights - the way in which Americans arrange their families remains the hottest of hot-button issues.
By John Nichols
Reprinted with permission from the The Nation 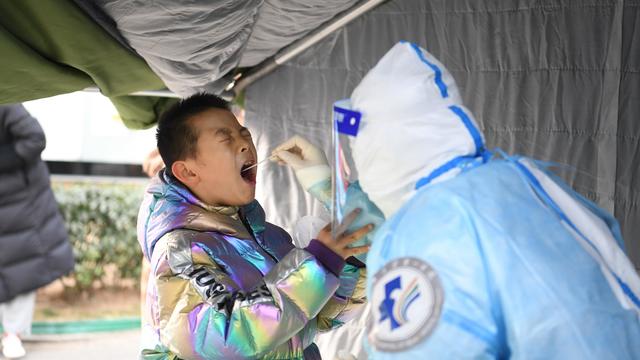