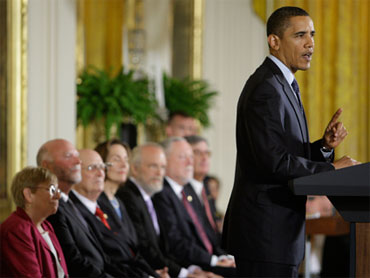 Once the Lombardi Trophy has been hoisted by the NFL champions next Sunday night and the confetti settles into the grass, there'll be a hangover for the locals to deal with.

No matter how happy a face being worn by civic leaders and the NFL, the Super Bowl is being hosted by a city that could lose its pro football team.

"I think it's a great city," said Jim Steeg, the NFL official in charge of putting on the Super Bowl.

But stunningly nice weather in late January, lots of hotel rooms and downtown's entertainment district, the Gaslamp Quarter, only go so far.

Steeg's praise doesn't extend to Qualcomm Stadium, the 36-year-old concrete bowl that sits at the intersection of two freeways.

This will be San Diego's third Super Bowl, and certainly the last at what was once called Jack Murphy Stadium — at least in its current configuration.

The NFL says the multipurpose stadium has fallen below league standards for Super Bowls, despite a $78 million expansion in 1997 that supporters claimed would keep the Chargers here through 2020 and attract future Super Bowls.

The Chargers, who've played in San Diego since 1961, say that without a new stadium, they can't compete financially with other teams and may leave.

And the NFL doesn't award Super Bowls to cities without NFL teams. The one exception could be Los Angeles, a market the NFL covets after the Raiders and Rams left prior to the 1995 season. Commissioner Paul Tagliabue has said Pasadena's Rose Bowl could get the Super Bowl in 2008 or '09.

The Chargers say they've met the complicated financial formula that would lead either to renegotiations with the city or a possible move. The team could leave as early as February 2004.

On Thursday, the Chargers offered to pay for half of a proposed $400 million stadium. They suggested the city pay for its half by selling 70 acres of the 166-acre Qualcomm site and developing an "urban village" that would generate property, sales and hotel taxes.

The proposal came a few days after the city said state budget cuts were forcing it to impose a hiring freeze and brace for layoffs.

The Chargers hope to put the stadium issue to voters in November 2004. But there's lingering public discontent over a controversial ticket guarantee that has forced the city to buy $31 million in unsold seats since 1997. And fan support flagged as the Chargers suffered another late-season collapse, losing seven of their last nine games after a 6-1 start to miss the playoffs for the seventh straight year.

A city task force is to make a recommendation on the Chargers' future to the City Council by late February.

"The stadium has to get resolved somehow," said Steeg, who's putting on his 24th Super Bowl. "Particularly when we're coming off Atlanta, Tampa, Miami, New Orleans — all basically stadiums that either have undergone major renovations or are new."

The nicest thing Steeg would say about Qualcomm is: "It's a serviceable facility. You can make it work."

Steeg's voice turns weary when talking about Qualcomm's many problems.

The first seven rows have limited views, so the NFL will cover them with tarps rather than sell them. An auxiliary press box will gobble up other seats.

Several others were lost in renovations required by the Americans with Disabilities Act. The Chargers stirred more animosity last fall when they acknowledged they had billed the city for those "phantom seats" as part of the ticket guarantee.

This month, a disabled activist tried to block the Super Bowl by claiming the stadium still was not in compliance, but a federal judge ruled the city had made a good-faith effort to expand access for the disabled.

"It's the smallest stadium we've played the Super Bowl in, aside from Minnesota, ever," Steeg said.

The NFL had similar problems when the 1998 Super Bowl was played here, but didn't expect them this time.

Had the Padres moved into their new downtown ballpark in 2002 as originally scheduled, the city could have lowered the field to make the first seven rows usable. It also could have remodeled the locker rooms — called the NFL's worst — and the press box.

But the Padres' ballpark was delayed by lawsuits and a political scandal. So they're stuck at Qualcomm through 2003 and the renovations weren't done.

The Chargers hired former Clinton White House strategist Mark Fabiani to lead their push for a new stadium they say will keep the city in contention to host Super Bowls.

"We'd very much like to see events such as the Super Bowl here," said businessman Ron Fowler, chairman of the Super Bowl Host Committee. "It gives us an international presence that money can't buy."

But he knows what San Diego is up against.

The next three Super Bowls will be in Houston, Jacksonville, Fla., and Detroit. Miami probably will get the 2007 game, Steeg said. The Super Bowl could be played in New York or Washington in '08, and at the Rose Bowl in either '08 or '09. Phoenix could be back in the mix if its stadium proposal goes through.

"The competition is stiff," Steeg said. "If they're sitting there in Phoenix with a new stadium, and San Diego does not have one, then Phoenix has got a card you don't have to play."
By BERNIE WILSON