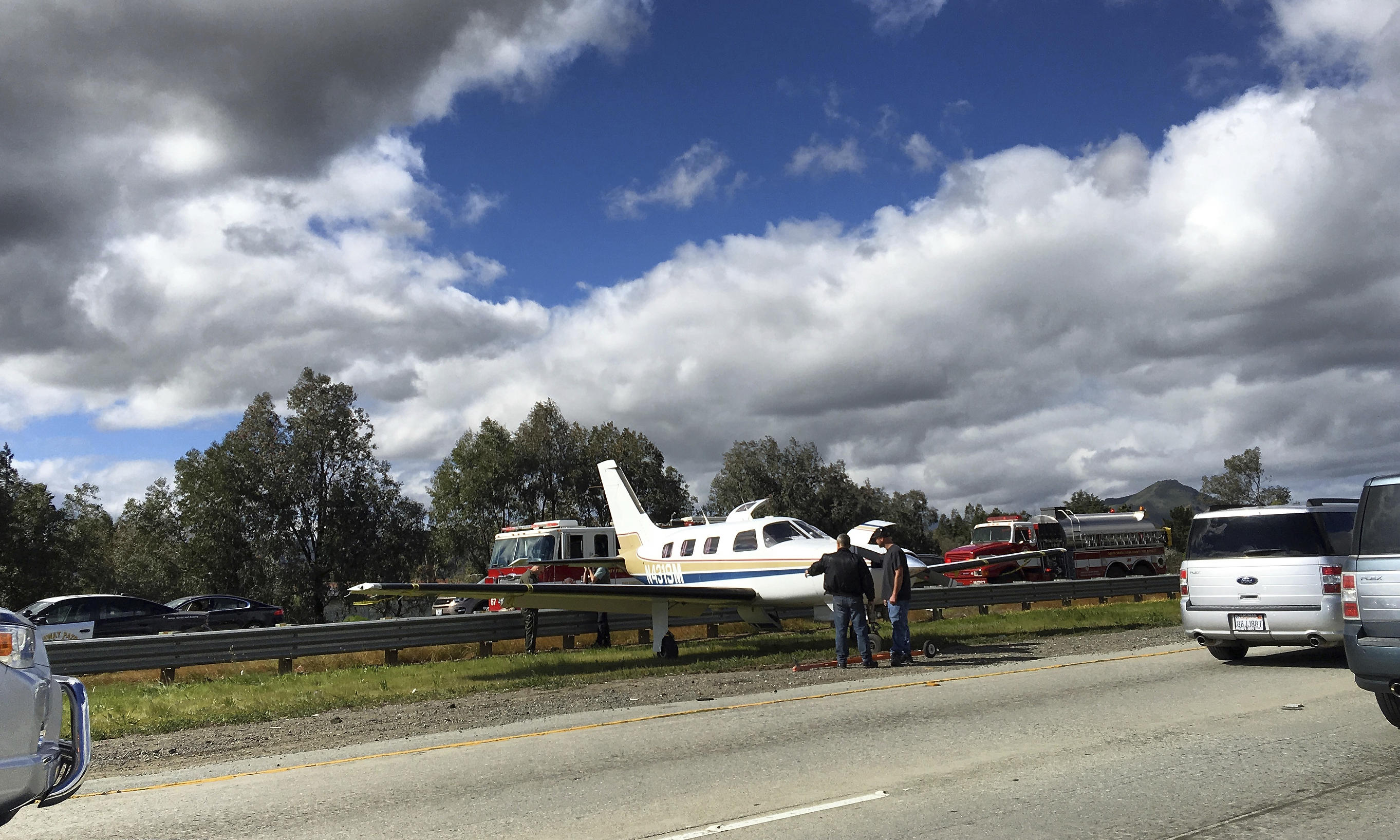 SAN JOSE, Calif. -- Authorities say a small plane has landed on the median of a Northern California highway but that no injuries have been reported. Federal Aviation Administration (FAA) spokesman Ian Gregor says the pilot reported engine trouble before bringing the plane down Sunday on a grassy strip dividing State Route 101 in Santa Clara County.

Gregor says the pilot, who was the only person on board, wasn't hurt during the landing near San Martin Airport, south of San Jose. The California Highway Patrol says there were no injuries on the ground.

CBS San Francisco reports the passing lane was blocked for a short time, but the plane was removed from the freeway and all lanes were quickly reopened.

There was no damage to the single-engine Piper PA-46. Photos from the scene showed the plane perpendicular to highway lanes about 75 miles south of San Francisco.