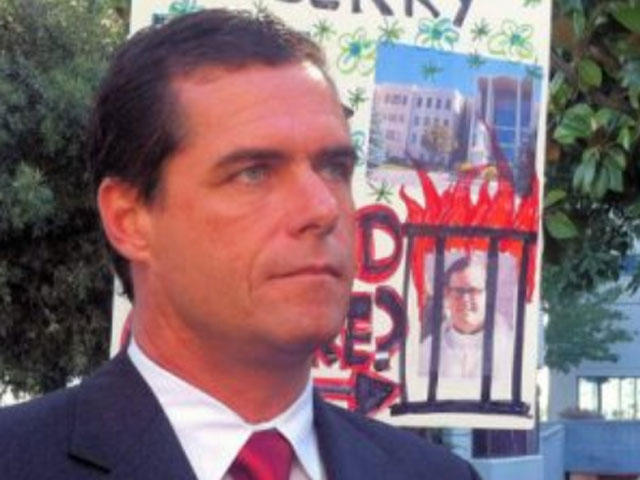 (CBS/AP) SAN JOSE, Calif. - A San Jose man who admitted he attacked a retired priest who he claims molested him as a boy was acquitted of felony charges Thursday, CBS San Francisco reported.

The jury found 44-year-old William Lynch not guilty of felony assault and elder abuse, and deadlocked on a lesser charge of simple assault. Lynch was accused of attacking 67-year-old Rev. Jerold Lindner at a Los Gatos retirement home in May 2010.

Lynch claimed Lindner molested him and his brother on a camping trip 37 years ago.

When the verdicts were read Thursday afternoon, Lynch appeared relieved, smiling and receiving hugs from his attorneys, according to CBS San Francisco.

The said said prosecutors claimed Lynch acted as a vigilante when he pummeled Lindner with his fists in the 2010 attack, saying Lynch's testimony about his alleged sexual abuse by Lindner was no excuse for beating up the priest years later.

Lynch's attorneys countered that it was not an act of revenge. Instead, they said Lynch wanted the priest to sign a confession and still felt threatened by him and the memories of the abuse.

When Lynch took the witness stand during the two-week trial, he acknowledged punching Lindner several times on May 10, 2010.

Also on the stand, Lindner denied ever molesting Lynch.

In closing arguments, the prosecutor, Santa Clara County Deputy District Attorney Vicki Gemetti, repeatedly pointed out to the jury that while they may feel sympathy for Lynch as a victim of molestation, they can't consider that in deciding their verdict.

Lynch had turned down a plea bargain that would have seen him serve one year in jail, CBS San Francisco reported.