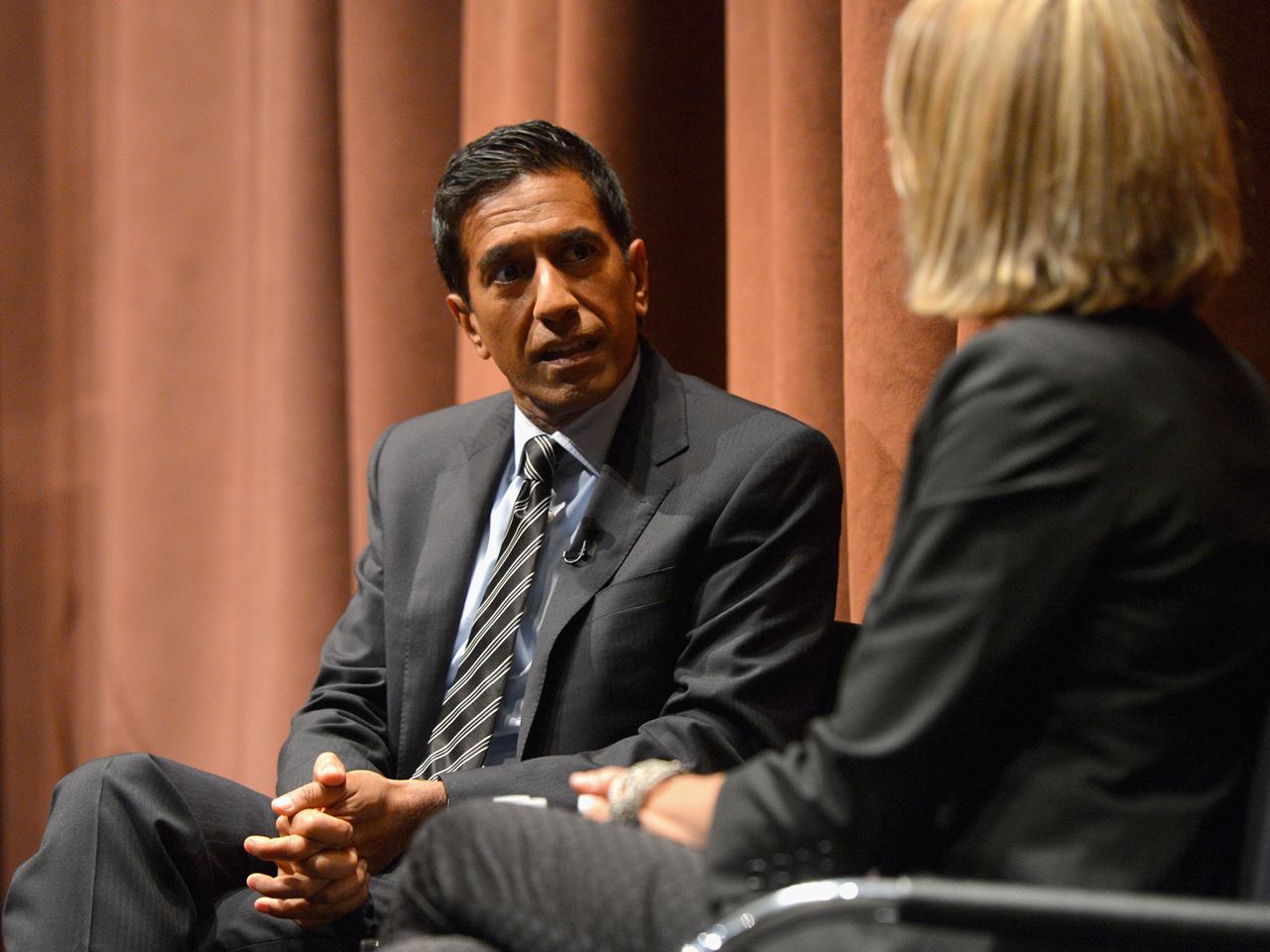 One of America's most prominent doctors says he has shifted his stance in support of medical marijuana.

Dr. Sanjay Gupta, chief medical correspondent at CNN and a CBS News contributing medical correspondent, wrote a post today on CNN.com called, "Why I changed my mind on weed," in which he describes his change of heart that occurred while filming a documentary, aptly titled, "Weed."

"Long before I began this project, I had steadily reviewed the scientific literature on medical marijuana from the United States and thought it was fairly unimpressive," wrote Gupta. "Well, I am here to apologize."

Gupta says he was too dismissive of the "loud chorus" of legitimate patients whose symptoms improved with help from medical marijuana. He now says, "I mistakenly believed the Drug Enforcement Agency listed marijuana as a schedule 1 substance [a category of dangerous drugs] because of sound scientific proof."

"They didn't have the science to support that claim, and I now know that when it comes to marijuana neither of those things are true," wrote Gupta, citing patient cases including a 3-year-old whose seizures were dramatically reduced from 300 a week to three a month with medical marijuana's help.

He adds that marijuana does not have a high potential for addiction compared to cocaine, or even cigarettes.

Gupta is a faculty member in the department of neurosurgery at Emory University School of Medicine in Atlanta and in 2009, reports suggested he was offered the post of Surgeon General by President Barack Obama.

In the doctor's new post, he did reference concerns about the drug. As a father, he worried about marijuana's effects on the developing brain. Recent research suggests marijuana may affect a teen's IQor raise risk for psychiatric disorders like schizophrenia. He says he wouldn't permit his own kids to try it until they are adults.

Gupta also lamented on the challenges facing more research into medical marijuana for treating pain, including a stricter approval process that has to go through health agencies like the National Cancer Institute and the National Institute on Drug Abuse (NIDA).

He pointed out tolerance is a real problem in existing medications: People are likely to overdose from a prescription drug every 19 minutes, but he couldn't come across one case of a marijuana overdose.

"We have been terribly and systematically misled for nearly 70 years in the United States, and I apologize for my own role in that," said Gupta.

Illinois became the most recent state to approve a law Aug. 1, according to the Marijuana Policy Project. Maryland also has a hospital-based medical marijuana program.

Quantity limits and approved conditions vary by state, but can include chronic pain, epilepsy, HIV/AIDS and cancer.

A recent survey in the New England Journal of Medicine also indicated support for medical marijuana. When told about a hypothetical case of a 68-year-old woman with breast cancer that had spread to her lungs, chest and spine, 76 percent of doctors surveyedsaid they would favor the use of marijuana for medicinal purposes.

But support is not universal.

The prestigious Mayo Clinic has come out and said it does not support the use of medical marijuana for young people with chronic pain, citing a link to psychological disease and that people under 25 are more prone to become addicted.

New York City mayor Michael Bloomberg made headlines in June when he called medical marijuana one of the "great hoaxes of all time."

Recreational marijuana use is currently legalized in Colorado and Washington State, following the November 2012 elections.