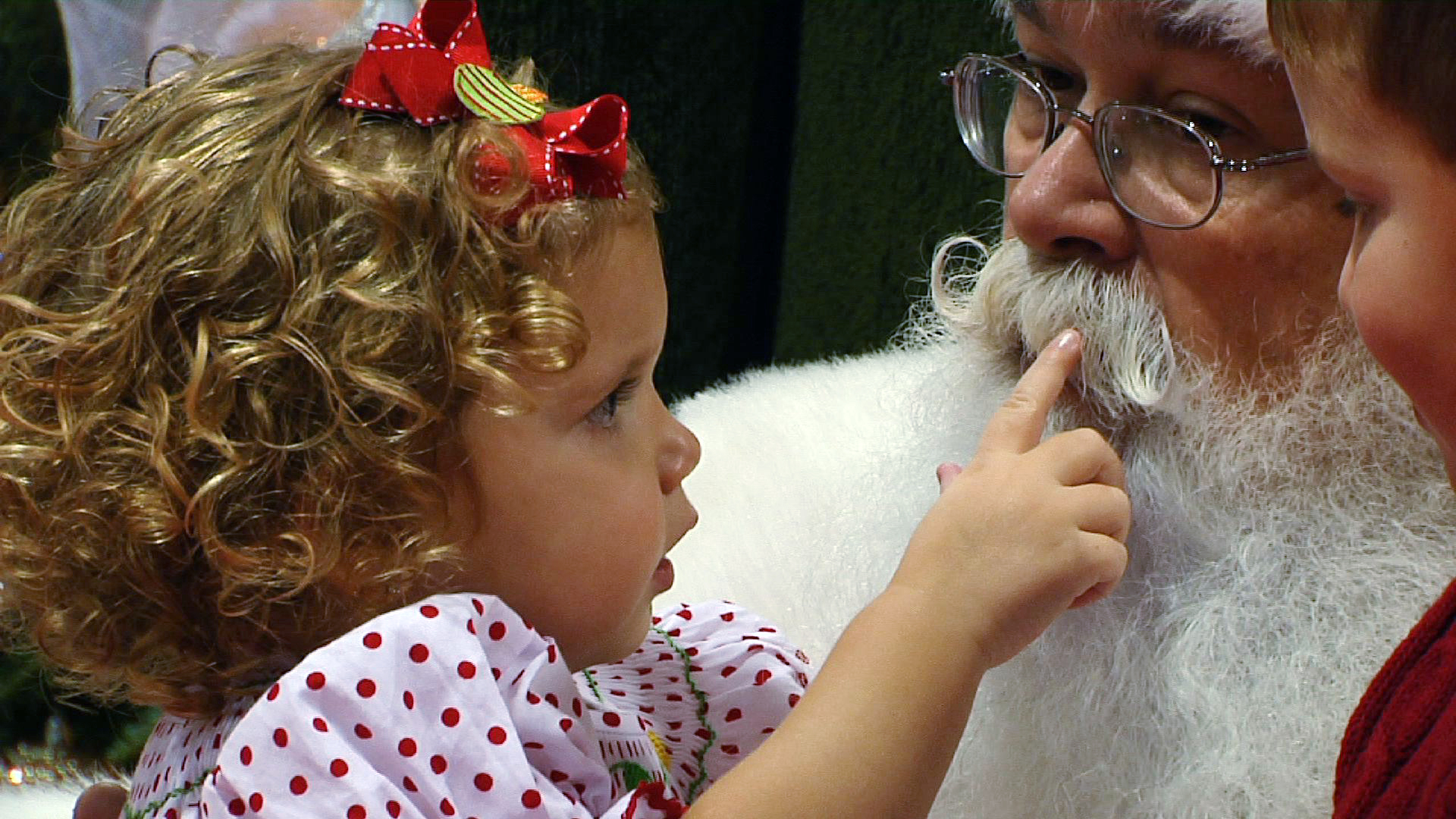 MIDLAND, Mich. -- Where does Santa Claus learn to chortle "Ho, ho, ho!" and listen to the wishes of children all over the world?

He goes to Santa School.

Each year at the Charles W. Howard Santa Claus School, dozens of prospective St. Nicks come to learn the art of being Santa. They are given instruction on the finer points of makeup, wardrobe, sign language and even reindeer care.

Now, the Santa army is deployed all over the world, just in time for Christmas.

Cliff Snider was among the 100-plus Santas and Mrs. Clauses who comprised this year's class of the Midland, Mich., school. He's back in North Carolina now, making his usual rounds, including a recent meet-and-greet in Raleigh.

Sitting in his high-backed Santa chair, Snider had the Moser kids on his lap - Landon, 5, and Ava, 2.

Ava stared in amazement at his white mustache and beard, glistening after a light coating of glitter spray that Snider tells kids is frost.

"You can touch it. You want to feel it?" Snider asked the little girl.

"Yeah," she said sticking her right index finger just under his nose, before quickly looking away as her mother, Virginia, laughed.

Snider has portrayed Santa Claus since 1962, but when he made his first trip to Midland about 30 years later, he was more than a little nervous.

"When I saw all the other Santas there and the Mrs. Clauses, I was sort of overwhelmed by the whole thing," he said. "Tom Valent, the director of the school, told me something that I never will forget.

"I told him, I said, 'Tom, I'm not sure that I'll measure up to these guys,' and he said, 'Cliff, you remember that when you go back to High Point, North Carolina, you're Santa Claus. You be the very best Santa Claus that you can be.'"

Some at this year's three-day seminar were first-timers, but quite a few Santas were, as Snider calls them, "returning alumni."

Doug Dodge, a bespectacled, white-bearded Santa from Burlington, Mass., made his second appearance at the Howard school.

"It's an awesome responsibility, and you've got to portray your Santa (with) honesty, integrity," he said following a session on Santa storytelling.

Before that, Dodge and his cohorts filled a hotel ballroom to hear a talk from an accountant on best tax practices, because, after all, Santa must report to the Internal Revenue Service.

Other topics included the history of Santa, resume writing and techniques designed to help them nab the perfect Santa gig.

Tuition is $425 for new students and $395 for returnees. New Mr. and Mrs. Clauses who attend together are eligible for a combo price of $835 while returning couples pay $750.

Paul Headley, a business owner from Hamilton, Ind., came along with his Mrs. Claus.

"You just learn every time you come up here," said Headley, who makes Santa appearances back home at schools, senior centers and the occasional Notre Dame basketball game.

Valent, who is an engineer and executive at a construction company, first came to the nonprofit school as a student in the 1970s, when its annual sessions were held in nearby Bay City.

Charles W. Howard founded the school in 1937. It later moved to Michigan from New York state and has been run since 1987 by Valent and his wife, Holly, in Midland, about 100 miles north of Detroit.

"We've been given a great gift - to be allowed to portray the image of Santa Claus," Valent said shortly after giving the class a few pointers on interacting with children. "We can't teach people everything there is to know about Santa Claus in this short time, but we can just throw things out there and develop their interests and they'll be thinking about it for a long time."

Snider gets so much out of it that he has gone back a half-dozen times.

"The heart of Santa resides in the Santa School at Midland," he said. "So we come back at often as we can for the fellowship ... to compare notes and get ready for the new season."