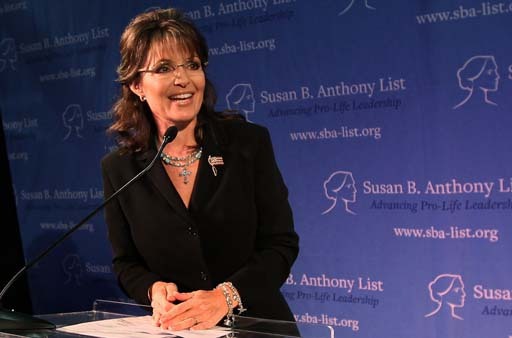 The former vice presidential candidate and her "Dancing with the Stars" daughter have filed applications with the U.S. Patent and Trademark Office to trademark "Sarah Palin" and "Bristol Palin," AOL's Politics Daily blog reported Thursday.

According to the report, Alaska attorney Thomas Van Flein registered for a trademark of "Sarah Palin" on Nov. 5, 2010 - three days after the midterm elections. An application for "Bristol Palin" was filed on Sept. 15, 2010 - five days before "Dancing with the Stars" premiered on Sept. 20.

Celebrities often trademark their names to protect their brand from others who might try to cash in on their likeness or use their names inappropriately.

Since her vice presidential bid, Sarah Palin has starred in a reality show, TLC's "Sarah Palin's Alaska," has written two books and set up a political PAC that raised $3.5 million last year.

Bristol, a single mom who recently moved to Arizona, competed on "DWTS last fall, ending up in third place. She also is a spokeswoman for abstinence and was offered a job as a radio show host in Arizona.