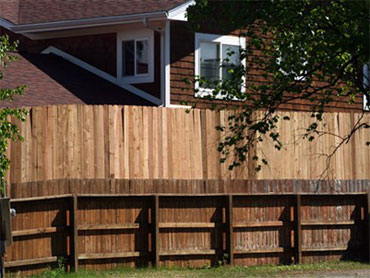 JUNEAU, Alaska (AP) A best-selling author accused of helping leak an unpublished tell-all on Sarah Palin is releasing his own book on the former Alaska governor this summer.

McGinniss, who wrote a magazine expose on Palin and her natural gas pipeline plans, made headlines last year when he moved next door to the Palins in Wasilla for about three months while researching the book. The move prompted complaints by Palin, who had the fence between their properties extended.

More recently, McGinniss has been accused of helping leak a draft of an unpublished tell-all by former Palin aide Frank Bailey. Details from the manuscript, entitled "Blind Allegiance to Sarah Palin: A Memoir of our Tumultuous Years," garnered national attention last week following the leak to news outlets and Alaska political circles.

Dean Steinbeck, an attorney for Bailey and writers Ken Morris and Jeanne Devon, alleged that McGinniss received a copy of the manuscript between Feb. 16 and Feb. 18. In a letter to McGinniss, he said the matter "appears to be no more than that of a jealous author sabotaging a competitor via unlawful and unscrupulous means." A copy of the letter was posted on Devon's blog.

The Anchorage Daily News has reported that it received copies of the manuscript from multiple sources, including McGinniss.

McGinniss' attorney Dennis Holahan, in a letter to Steinbeck dated Tuesday, acknowledges that McGinniss sent a copy of the manuscript "to a few people and media outlets in Alaska, advising them that they should not reproduce any of the manuscript before contacting the authors for permission."

Holahan said the manuscript McGinniss received by e-mail had already been widely disseminated within the publishing world. He said the book agent for Steinbeck's clients, in sending the manuscript around, included no request for confidentiality. Holahan balked at any claim of copyright infringement or alleged attempt by McGinniss to derail a rival project.

"Mr. McGinniss is one of the top investigative journalists in the United States," Holahan wrote in the letter, a copy of which was provided to The Associated Press late Tuesday. "He does not waste time trying to eliminate the competition, especially in this case, where the competition does not appear to have the right to publish the material that forms the strongest appeal of the manuscript."

The Alaska attorney general's office is investigating an allegation by activist Andree McLeod that Bailey's access to and possession of e-mails from Palin's time as governor is a violation of state ethics rules. The executive ethics act bars current or former public officials from using information gained during the course of their work for personal gain if the information hasn't been publicly disseminated. Morris has said that Bailey had thousands of e-mails from the Palins.

The state is reviewing Palin's e-mails for an anticipated release in response to public records requests, including from news organizations and McLeod.

McGinniss is a best-selling author whose previous works include "The Selling of the President," about the marketing of Richard Nixon.