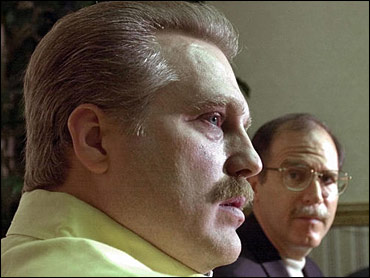 Michael Schiavo, whose effort to end life support for his brain-damaged wife divided the United States, is launching a political action committee that will challenge candidates based on where they stand on government's reach in private lives.

Nine months after a fierce political and legal fight over Terri Schiavo, Michael Schiavo said his experience with political leaders "has opened my eyes to just how easily the private wishes of normal Americans like me and Terri can be cast aside in a destructive game of political pandering."

Schiavo described himself as a lifelong Republican "before Republicans pushed the power of government into my private family decisions."

The political action committee, TerriPAC, will raise and spend money on Florida candidates as well as those running for Congress.

Terri Schiavo suffered a brain injury in 1990 that left her in what some doctors called a "persistent vegetative state." Her parents sought to keep her feeding tube in place while her husband pushed to have it removed, citing her wishes and setting off a bitter court battle.

Congress, Florida Gov. Jeb Bush and his brother, President Bush, all tried to have the feeding tube reinserted. Schiavo died on March 31.